NEA President: 'This is a five-alarm crisis'

Teachers in the Washington D.C. area resigned at much higher numbers during the end of the 2022 school year than in previous years, according to data analyzed by the Washington Post.

D.C. public schools, along with several school districts in Northern Virginia (including the state’s largest school system, Fairfax County) saw spikes in teacher attrition, though the number of teachers resigning from other area districts was consistent with previous years.

In 2019, the most recent full academic year prior to the pandemic, 239 teachers resigned. In the first six months of 2022, 372 teachers (roughly 9.3 percent of the total teacher workforce) quit — a 52 percent increase.

According to the Washington Post, educators are citing as reasons for leaving the difficulty teachers had readjusting students to in-person learning, as well as increased scrutiny from parents over how schools should teach about race, racism, history, gender, and sexual orientation.

“A lot of people are just saying, ‘I can’t do this anymore,’ and telling us they would rather have a job where they feel valued,” she said. “Teachers are just feeling attacked by the public on every front. I don’t think we’ve heard enough from the people who support us.”

A teacher who resigned in March said that school administrators put extra pressure on teachers to help students make up for learning losses that occurred during the pandemic restrictions.

New survey data from the National Education Association (NEA) shows that 55 percent of teachers are now considering leaving the profession earlier than they had planned. That represents a 22 percent increase from the start of the 2021-2022 school year.

“It is preventing educators from giving their students the one-on-one attention they need. It is forcing them to give up their class planning and lunch time to fill in for colleagues who are out due to COVID,” Pringle said.

“This is a five-alarm crisis,” she added. “If we’re serious about getting every child the support they need to thrive, our elected leaders across the nation need to address this crisis now.”

When asked about solutions to theses issues, respondents to the NEA survey said they would like to see higher salaries, more mental health resources for students, less paperwork, and hiring more teachers and support staff. 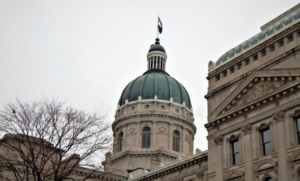