Harry Reid, who rose from abject poverty to become one of the most influential national leaders, died at home on Tuesday

Reid served in Congress from 1983 until he retired in 2017. The following year, he announced he was diagnosed with pancreatic cancer, which was the cause of his death on Tuesday.

Former President Barack Obama said that Reid’s wife, Landra, asked during the last days of her husband’s life for his friends to write letters that she could read to him, according to his Twitter post.

“I wouldn’t have been president had it not been for your encouragement and support, and I wouldn’t have got most of what I got done without your skill and determination. You were a great leader in the Senate, and early on you were more generous to me than I had any right to expect,’ Obama wrote in his message to Reid.

When Harry Reid was nearing the end, his wife Landra asked some of us to share letters that she could read to him. In lieu of a statement, here’s what I wrote to my friend: pic.twitter.com/o6Ll6rzpAX

Reid was a Democratic Senator from Nevada. He served as senate majority leader from 2007-2015.

Reid began his political career in 1969, serving in the Nevada Assembly until 1971. He went on to serve as Lieutenant Governor of Nevada from 1971-1975 before being elected to Nevada’s first district in the U.S. House of Representatives in 1982.

He was known for consistently flipping on the Democratic party on the issue of Roe v. Wade, which he believed should be overturned.

Reid was also an outspoken advocate of conservation. He helped designate over 5 million acres of Nevada land as federally protected.

“Harry Reid was one of the most amazing individuals I’ve ever met. He was my leader, my mentor, one of my dearest friends,” Senate Majority Leader Chuck Schumer said in a statement Tuesday.

Reid joined forces with former President Obama, unifying all 60 members of the Democratic caucus to support the Affordable Care Act in 2009.

Earlier this month, the Las Vegas airport was renamed after Reid, something he billed as “one of his greatest honors.” 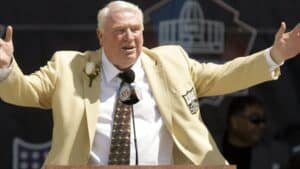