John Madden, the legendary football coach and broadcaster, has died.

Madden, 85, passed away unexpectedly on Tuesday morning, according to an announcement from the NFL late Tuesday.

“On behalf of the entire NFL family, we extend our condolences to Virginia, Mike, Joe and their families. We all know him as the Hall of Fame coach of the Oakland Raiders and broadcaster who worked for every major network, but more than anything, he was a devoted husband, father and grandfather.” said NFL Commissioner Roger Goodell.

“Nobody loved football more than Coach. He was football. He was an incredible sounding board to me and so many others. There will never be another John Madden, and we will forever be indebted to him for all he did to make football and the NFL what it is today,” Goodell added.

The NFL is saddened to share the passing of the legendary John Madden. He was 85. pic.twitter.com/MxLFYLfY8k

He coached the Raiders for ten seasons, with no losing seasons. He led Oakland to the playoffs eight times. His coaching career culminated in January 1977, when the team won Super Bowl XI.

Madden was formally inducted into the Pro Football Hall of Fame in 2006.

Madden worked as a commentator for NFL games for more than 20 seasons for FOX, CBS, ABC, and NBC. During this time, he won 16 Emmys as Outstanding Sports Personality/Sport Event Analyst.

His name is also attached to one of the best-selling sports video game series Madden NFL, a strong game franchise since 1988.

Upon his retirement from broadcasting, colleagues praised his passion for the sport and his ability to explain a complicated game in down-to-earth terms.

John Madden may well be the most influential figures in football’s history. 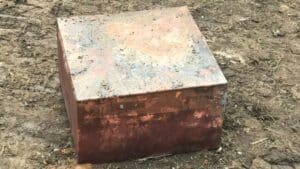