A former associate principal and a former teacher in the same Iowa town have both killed themselves this month after being accused of sexually abusing 13-year-olds.

A former gym teacher in the district was also arrested on June 30 for allegedly trying to solicit sex from a 17-year-old.

Former Marshalltown High School associate principal William Terry, 47, was accused of sexually abusing a 13-year-old student while he was still working at the school. 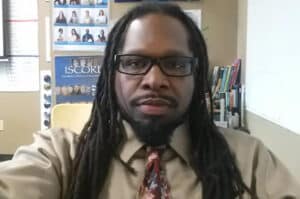 Terry is “the second district employee facing such accusations to take his own life this month,” the New York Post reports.

“On July 8, 42-year-old Marshalltown Middle School teacher Adam Edgington fatally shot himself in his car a day after he was busted for allegedly sexually assaulting a 13-year-old student,” the Post report explains. Edgington was accused of groping and kissing the middle schooler on multiple occasions over the past school year. 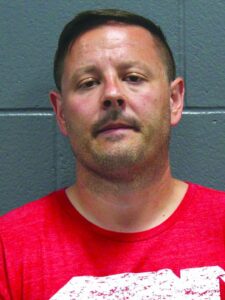 The circumstances of Terry’s abuse are less clear and have just been described as an “inappropriate sexual contact” with a 13-year-old. When officers went to his home to arrest him last week, they heard a gunshot ring out from the basement.

“As officers entered Terry’s home, they heard a gunshot come from inside. Officers found him in the basement dead from an apparent self-inflicted gunshot wound. No one else was injured in the incident, and no officers fired their weapons, according to the Marshalltown Police Department,” WHO reports.

A third male faculty member, Mark Esquivel, 26, an ex-Marshalltown High School gym teacher, was also arrested on June 30 for trying to solicit a 17-year-old student at the school. He has been charged with sexual exploitation by a school employee.

“The Marshalltown Community School District is aware of the death of a former staff member announced today by the Marshalltown Police Department. The former staff member was being investigated by police in relation to allegations involving a former student. Student safety is the number one priority for the Marshalltown CSD, and any accusation of a crime which may impact student safety is taken very seriously. This is an active investigation, and any questions should be directed toward the MPD. Counseling services will be available for students and staff Monday-Thursday next week. More details will be sent to families and staff regarding counseling services.”

The district also laid out “action steps” they are taking to address the fact that three members of their faculty were accused of preying on minors.

“The Marshalltown CSD took swift action to address recent allegations of misconduct against former employees and will continue to cooperate fully with the MPD. As a result of the allegations, the District is reviewing all existing selection and hiring processes,” the email to parents continued. “The District will also be providing additional training on staff ethics and responsibilities, and is reviewing the curriculum to ensure all students are informed about reporting – and empowered to seek help – if a concerning situation arises. Additionally, the Marshalltown CSD is teaming up with community partners to continue strengthening our existing policies, practices, and procedures to ensure the highest level of protection for students. These and any additional steps are critical to providing a safe, enriching learning environment for Bobcat students.” 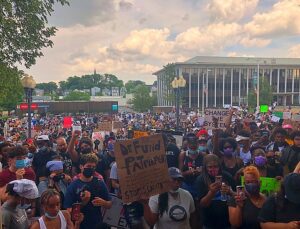