Former President Donald Trump has officially announced his 2024 bid for the White House.

Aides for the former president filed the paperwork with the U.S. Federal Election Commission on November 15, shortly before he gave a speech announcing his candidacy at Mar-a-Lago.

This will be the former president’s third bid for the office.

Trump announced his campaign in a speech that began at 9 p.m. local time.

“Two years ago, when I left office, the United States stood ready for its golden age,” he said, before boasting of his accomplishments in the White House. “The world was at peace, America was prospering, and our country was on track for an amazing future— because I made big promises to the American people and, unlike other Presidents, I kept my promises.”

Trump said the Biden administration has turned the US into a “failing nation.”

“It does not have to be this way,” Trump said.

“In order to make America great and glorious again, I tonight am announcing my candidacy for president of the United States,” Trump said.

TRUMP: “I am, tonight, announcing my candidacy for the Presidency of the United States.” pic.twitter.com/WKQdcq1Fhl

The former president said that “I will fight like no one has ever fought before.”

Trump said he expects to break records in 2024 — especially with Latino and Hispanic voters.

“Instead of putting America last as the Biden administration has done,” Trump said, “we will again put America first.”

He also mocked President Joe Biden, saying that “now we have a President who falls asleep at global conferences.”

“We do love our country. That’s why we are here,” Trump said.

Trump explained that he had a “nice, easy life,” before wading into the world of politics.

The former president also promised to fight to give drug dealers the death penalty.

“I don’t like to think of myself a politician but I guess that’s what I am. I hate that thought,” Trump said.

Before the speech, Trump had already gained a full endorsement from Rep. Marjorie Taylor Greene.

“Speaking of 2024, we know that President Trump has a special announcement tonight, and I’ll go ahead and say right now: President Trump has my full endorsement and my support as our Republican nominee in 2024,” Greene told reporters on Tuesday afternoon.

WATCH THE FULL SPEECH BELOW: 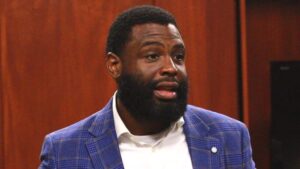