Former Misfits singer Michale Graves has cancelled his concert at the famed Whiskey A Go-Go due to the city’s vaccine mandate.

Graves said that he will not participate in any efforts to pressure people into getting vaccinated.

“I have made the decision to NOT perform on OCT 13th in Los Angeles, CA at The Whiskey A Go-Go due to the Cities vaccine mandate that is being enforced as of OCT 7th,” Graves said in a statement provided to Timcast. “I will not perform to a segregated audience. I will not participate in any effort to pressure anyone into undergoing an experimental medical procedure to enter and dwell in a building as a prerequisite to see me perform.”

The punk rock icon said that anyone who had purchased tickets will be refunded by the venue.

“If I can’t play for all of you I won’t play at all,” Graves added.

The statement concluded with the Thomas Jefferson quote, “I prefer dangerous freedom over peaceful slavery.”

Graves has already been under attack from the left due to his support for former President Donald Trump.

A show he was scheduled to play in Maryland on the upcoming tour was cancelled due to his political beliefs.

Greg Serio who is a promoter from Baltimore apparently has a problem with me playing at Cafe 611 in Frederick, MD. My show has been canceled after it was booked and confirmed with us.

His podcast, Radio Deadly with Michale Graves, is described as “an unconventional talk show that fuses patriotic politics with punk rock set in a format that calls back to the classic days of talk/music radio.”

According to his bio, “Graves kicked in the door of the music scene in 1995, wearing his trademark skull face paint, with a new take on the music he helped transform a punk band with a mythical reputation into a modern standout, performing nightly in front of packed areas and festivals. The videos for his songs ‘Dig Up Her Bones’ and ‘Scream” directed by master of horror George A. Romero have been viewed over 30 million times. Michale appeared in Romero’s film Bruiser performing ‘Fiend Without a Face‘ which was also written by Graves specifically for the film.”

His podcast can be found on Censored.TV every Thursday. 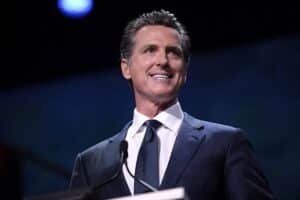