Governor Gavin Newsom signed a broad range of new laws in California during the past few weeks, springing a deluge of changes for The Golden State in the upcoming years.

A legislative update from his office documented over 50 new bills that include law enforcement reforms, retail policies, and health care policy changes among many others.

Perhaps the most celebrated is the continuation of a pandemic era policy allowing of-age patrons to pick up cocktails and other alcoholic beverages with their takeout meals. The law is set to expire at the end of a five-year period. Newsom also authorized the continued expansion of outdoor dining.

The governor also signed a law requiring California retailers with over 500 employees  to place childcare items and toys in a gender neutral section. The gender-neutral toy law does not prohibit stores from having gender-specific areas.

If retailers don’t comply, they could face a fine: $250 for the first violation and $500 for a subsequent violation.

“This legislation is screaming for a constitutional challenge,” Brad Dacus, president and founder of Pacific Justice Institute, a nonprofit legal defense organization, told Timcast in an interview before the legislation becoming law. “Putting our resources into nanny controls on stores, and whether they have the proper signage for their toy departments, is insane. With retailers of all sizes struggling for survival during the past year of restrictions, the last thing they need is another mandate from the legislature as to how they can advertise and direct customers to their products.”

In another retail-focused move, gas-powered leaf blowers and lawnmowers are now banned in California as part of an effort to reduce carbon emissions. The ban goes into effect in 2024.

Other policies Newsom authorized are meant to aid workers. One bill reduces the required number of training hours for barbers and cosmetologists. The change is projected to lead to higher employment and less debt, according to Senator Richard Roth, who introduced SB 803. Barbers and cosmetologists now only need to receive 1,000 hours of training, a reduction of 500 and 600 hours, respectively.

Newsom also backed a reduction of the mandatory wait time for assisted suicide requests. Currently, terminal patients seeking fatal drugs to medically end their lives have to wait at least fifteen days between making an oral request and receiving the drugs. They are also required to make a final written attestation during the final 48 hours before they ingest the medication.

In a move largely described as “streamlining,” Newsom removed the attestation requirement and lowered the waiting period of 48 hours.

KCRA reports, “California now will give lower-income women health insurance for up to one year after pregnancy instead of for two months” and will create “a new committee within the Department of Public Health to review maternal deaths throughout the state by interviewing family members and doctors while exploring records and other reports.”

Both measures are part of a so-called “Momnibus” bill created to address the high rates of death among black women in the state in the year after giving birth.

“We’ve been nibbling at the edges, we’ve been focused on this issue for three years that I’ve had the privilege of being governor,” Newsom said Oct. 4 during a virtual bill-signing ceremony. “But this year I feel like we’ve done something that will break through.”

Schools across the state will be expected to change their practices to reflect at least two laws signed by the governor.

Joining a national push for increased access to affordable menstrual products, Newsom signed a bill requiring public schools and universities in his state to stock women’s bathrooms with pads, tampons and other items.

Another new California law requires students to take an ethnic studies class in order to graduate. The policy starts during the 2029-30 school year.

Newsome signed into law a first-of-its-kind piece of legislation regarding sexual violence. Stealthing, or removing a condom during sex without a partner’s consent, was added to California’s civil definition of sexual battery. Those who do can be sued for damages by their victims.

Finally, Newsom chose to sign off on laws adjusting the state’s regulation of firearms and members of law enforcement.

The list of guns that can be seized starting July 1, 2022, as part of gun violence restraining orders, was expanded. Police, family members, colleagues, employers, and teachers will be empowered to ask judges to take firearms away from people they feel may be a threat to themselves or others. The so-called “red flag” law includes the seizure of guns assembled from the parts of other firearms, known as “ghost guns,” and therefore are not necessarily sold by or registered with a dealer.

As part of a series of law enforcement reforms, the state will limit the use of rubber bullets during protests. Newsom signed into a law a policy defining when an officer has a duty to intervene to prevent or report excessive force and one establishing that an officer who has been determined to have acted criminally or with bias can be stripped of their badge.

On Oct. 10, Newsom signed a law prohibiting law enforcement officials from interfering with the work of journalists covering protests. Journalists are permitted to access protests from behind police lines.

“There’s no doubt about it, California now has some of the toughest protections in place for journalists compared to any other state in America,” California State Senator Mike McGuire said, per Newsweek.

Other state lawmakers contend that Newsom’s approach to law enforcement reform might not necessarily have the ideal impact.

“The Governor signed measures that not only had bi-partisan opposition, but will really hamper law enforcement’s ability to do their job,” Assemblywoman Laurie Davies (R-Laguna Niguel) told Timcast.

Davies pointed out that AB 333 makes it more difficult for the courts to punish gang criminal activity. In addition, SB 483 retroactively repeals some sentence enhancements for people who had drug-related offenses, meaning earlier release for some.

“Anybody who thinks lowering penalties for crimes will ensure more peaceful and prosperous neighborhoods is fooling themselves,” she said. “Our own state Department of Justice reported that 2020 saw a decade-high spike in homicides. Our justice system isn’t perfect, but passing soft-on-crime policies is the wrong approach.”

Davies added: “The number one question I hear from my constituents week-after-week is how are we going to make our communities safer, and if you look at bills that were signed, It is a mixed bag of reforms and regressions in terms of public safety policy.”

The governor, who survived a recall election in the fall, seems to have also taken the opportunity to correct one of his past mistakes.

Newsom’s administration signed off on billions of dollars in fraudulent payments during the pandemic, but left scores of legitimate claims in bureaucratic limbo. The Employment Development Department was so overwhelmed with calls that many Californians in need couldn’t reach a government representative for help.

In an attempt to strengthen the security of the unemployment system, Newsom signed off on a bill “requiring the California prison system to share the names and Social Security numbers of inmates with EDD,” per KCRA.

In addition to the laws he signed, Newsom vetoed at least 21 bills, all of which were proposed by his fellow Democrats. 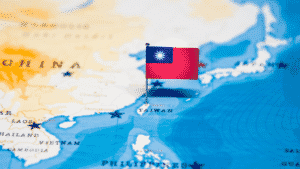