A former Minneapolis police officer has been sentenced to three years for his involvement in the death of George Floyd.

Thomas Lane pleaded guilty to charges of aiding and abetting second-degree manslaughter brought against him by the state as part of a plea deal.

The prosecution agreed Lane can serve the sentence concurrent to his federal sentence – 30 months in prison after being convicted of violating Floyd’s civil rights. Lane will remain in federal prison and will not be transferred to Minnesota.

As part of the plea deal, Lane admitted to intentionally restraining Floyd, who died during a confrontation with police in May of 2020. Floyd’s death sparked national outrage and riots in major cities.

Lane also affirmed that his actions created an unreasonable risk and led to Floyd’s death. The former police officer also affirmed as part of his confession that he heard Floyd saying he couldn’t breathe and was aware that Floyd had fallen silent.

“I think it was a very wise decision for you to accept responsibility and move on with your life,” said Judge Peter Cahill during sentencing on Sept. 21, which was held remotely.

Lane, who is currently serving his sentencing in the low-security Federal Correctional Institution Englewood prison camp in Colorado, made no statements.

“Mr. Lane played a somewhat less culpable role in the commission of the offense,” said Assistant Attorney General Matthew Frank while speaking to the court. “And more specifically, there were moments when Mr. Lane tried to change what was going on that day, initially trying to de-escalate the situation with Mr. Floyd, and even calling attention to maybe some better way to handle it.”

“While those may make his conduct less culpable, they, of course, do not relieve him of all responsibility, because they simply were inadequate to stop the excessive and unlawful subdual and restraint that ultimately led to Mr. Floyd’s death,” Frank continued.

Cahill said Lane would have to register as a predatory offender “if required.”

“I gotta register as a predatory offender? What the (expletive) is that?” Lane could be heard saying, per AP News. “That’s what Chauvin has to do. If I have a minimal role, why the (expletive) do I have to do that?”

The state dismissed a charge of aiding and abetting second-degree murder that was initially brought against Lane as part of the plea deal.

Lane is one of four Minneapolis police officers who were criminally charged for their involvement in Floyd’s death.

Derek Chauvin, who was filmed kneeling on Floyd’s neck while attempting to carry out an arrest, was convicted of murder in 2021 and sentenced to 22.5 years in prison. He was also found guilty of violating Floyd’s civil rights.

Tou Thao and J. Alexander Keung both turned down plea deals offered by the state. Their trial is scheduled to take place on Jan. 5, 2023. Both men were also convicted of federal charges. 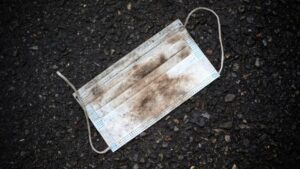