Former Japanese Prime Minister Shinzo Abe was shot at a campaign event on Friday, during a speech ahead of this weekend’s upper house elections.

Early reports indicated he may have been shot in the chest.

Hong Kong Free Press reported that he was bleeding from the neck after the attack. Shortly after the incident, reports indicated that Abe “appeared to be in cardio-respiratory arrest — a term used in Japan indicating no vital signs, and generally preceding a formal certification of death by a coroner.”

The former prime minister was immediately taken to the hospital and was said to be in “grave” condition.

Chief Cabinet Secretary Hirokazu Matsuno told reporters, “A barbaric act like this is absolutely unforgivable, no matter what the reasons are, and we condemn it strongly,” according to a report from the Associated Press.

Update: Former Japanese prime minister Abe is reportedly dead after being shot from behind in Nara, Japan. Handguns are banned in Japan but it’s unknown at the moment what type of firearm was used to shoot Shinzo Abe.

A suspect has been apprehended. He has been identified by Japanese media as Tetsuya Yamagami, 41, of the Omiyacho neighborhood in Nara City.

The gun Yamagami used in the shooting appeared to be homemade.

Clear image from Japan’s @nhk of the device used to shoot ex-PM Shinzo Abe – appears to be homemade weapon made using pipes held together with duct tape. pic.twitter.com/abwXYL9Epz

Though Abe was not campaigning for the elections himself, he was stumping for other members of the Liberal Democratic Party.

The Mainichi (Japan Daily News) reports that Prime Minister Fumio Kishida will be returning to Tokyo from Yamagata Prefecture where he was campaigning for Sunday’s House of Councillors election. He has also asked all Cabinet members to gather there as well.

This is a developing story and Timcast will be providing updates as more information becomes available. 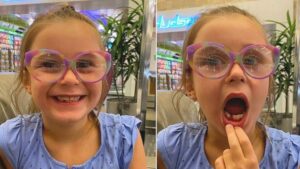