Pilot saw girl trying to go back through security checkpoint at 2 a.m.

Well, a little girl from South Carolina recently found out.

Six-year-old Lena Larmon was traveling with her mom on what seemed like a routine flight on June 17.

The mother-daughter duo had just suffered through a 36-hour delay in New York and were traveling from New York to the Greenville-Spartanburg International Airport in Greer, South Carolina, the last leg on their trip home from Norway.

“I was sleeping on the airplane. My mom woke me up … and we were going to go pick our suitcases up. And I said, ‘Mommy, mommy, I think my tooth fell out,’” Lena told Good Morning America.

It was 2 a.m. And they tried walking back to the airplane to look for the tooth, but the security checkpoint was closed. Lena said she was crying when she realized what happened.

“I was like, ‘We’re never gonna find my tooth again,’” she said.

Little did they know, the United Airlines captain who piloted their flight saw Lena trying to go back through security and stepped in to help.

Though the Tooth Fairy typically likes to receive, well, teeth, Captain Josh Duchow offered to write a note to explain what happened.

“Dear Tooth Fairy, Lena had a tooth fall out on her flight to Greenville,” he wrote. “Please take this note in place of her tooth.”

Lena’s mom, who shared the story on social media, wrote “Thank you, Captain Josh!” and said she was confident the Tooth Fairy would accept the note in place of Lena’s bottom tooth.

Shortly after, Lena discovered that the Tooth Fairy wrote back, saying, “Lena, it is OK that you have lost your tooth on the airplane. I will get it. Keep brushing,” Lena told GMA.

As it turns out, the Tooth Fairy did indeed accept the fiat currency and left something in return for Lena.

“Thank you for not being mad at me. And thank you for all my gifts when I lost my teeth. I love you,” Lena said in a message back to the mystical figure.

She also had a message for the kindhearted pilot who saved the day: “Thank you to Captain Josh for stepping in and helping me. You were very nice to me and thank you for being nice to me.” 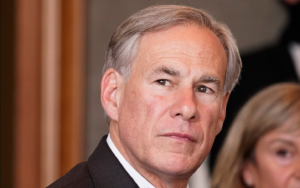