The student accused of killing three people and wounding two others at the University of Virginia made his first in-person court appearance.

Christopher Darnell Jones Jr. is accused of opening fire on a loaded charter bus on the university’s campus on Nov. 13. He has been charged with three counts of second-degree murder, two counts of malicious wounding and five counts of using a handgun in the commission of a felony.

The victims – Devin Chandler, Lavel Davis Jr. and D’Sean Perry — were all members of the UVA football team. Jones was previously a walk-on member of the team.

There were 25 people on the bus, which was returning from Washington DC where the students in professor Theresa Davis’s African American Theater class saw a performance of “The Ballad of Emmett Till.”

The 23-year-old suspect appeared in a Charlottesville courtroom on Dec. 8. Wearing a jail jumpsuit, leg irons, and handcuff, Jones made no comment during the proceedings. He is being represented by Liz Murtagh, a public defender, and has not yet entered a plea.

Judge Kenneth Andrew Sneathern set a preliminary hearing for March 30, where witnesses will testify about the night of the shooting.

Prosecutor James Hingley asked the judge for a March date instead of February to accommodate the witnesses’ schedules.

“Because of the large amount of witnesses, I am not prepared to admit them to the court at this time,” Hingley said.

Jones made one previous appearance in the Albemarle General District Court via video link. At that time, Judge Sneathern denied Jones bond.

“If the judge decides after hearing from witnesses that the state has enough evidence to establish probable cause that Jones committed the killings, he’ll send the case to a grand jury,” per AP News.

UVA’s “threat assessment team” had previously investigated claims that Jones had a gun on campus. School authorities interviewed his roommate, who said he had not seen Jones with a gun.

A witness told police Jones targeted his victims but investigators have not released a specific motive for the attack.

After the shooting, Jones fled the scene and was not apprehended for 12 hours – triggering a lockdown of the UVA campus. He was ultimately apprehended in a county an hour away from the scene of the crime.

UVA canceled the final home game of its football season after the shooting.

“Team members traveled to each of the three funerals held for their teammates,” reports Fox5. “The NCAA granted an extra year of eligibility to Virginia football players whose eligibility has expired in the aftermath of the slaying.”

The two people injured during the shooting – football player Mike Hollins and Marlee Morgan – were both hospitalized. Hollins, who was in critical condition, is in recovery. He has undergone two surgery and is no longer on a ventilator.

Jone is currently being held at the Albemarle-Charlottesville Regional Jail. 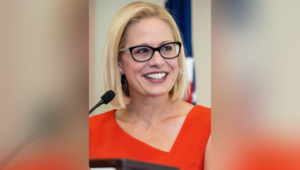