Foreign Visitors Barred From Australia Until 2022

Australia’s prime minister has announced foreign tourists will not be permitted to visit until at least 2022.

The nation has been subject to some of the most strict and enduring COVID-19 travel restrictions of any democratic nation.

Prime Minister Scott Morrison described his plan to scale back the regulations in a press conference on Tuesday. He said the borders will reopen when 80% of the population over the age of 16 is fully vaccinated, a goal Australia is expected to reach this week.

When entering the country is permitted, the government says it will prioritize the return of skilled migrants and students.

“We will get to international visitors as well, I believe next year,” Morrison said.

The east coast state of New South Wales has the highest vaccination rate and the international airport in Sydney is expected to be the first to receive foreign visitors.

When COVID-19 spread globally in the spring of 2020, Australia shuttered its borders and was able to avoid significant economic impacts. The restrictions left 45,000 citizens stranded abroad, however, as limitations were placed on how many could return home each week. Returning Australians and the few foreigners that were permitted entry had to quarantine in designated hotel rooms for two weeks.

Under the government’s new plan, fully vaccinated Australians can quarantine at home for one week. Weekly restrictions would still be in place for unvaccinated citizens who want to return to their country.

Infection rates climbed this year and many of the nation’s largest cities — including Sydney, Melbourne, and Canberra — are under severe lockdowns.

“The rules imposed a high emotional burden in a country where half the population was born overseas or has at least one immigrant parent. Families were separated, and some grandparents have been barred from meeting grandchildren in Australia who are now approaching 2 years old,” says AP News.

Before the pandemic, tourism was a $45 billion AUSD ($33 billion USD) industry. The Australian Tourism Export Council, which represents the sector, wants tourism to resume by March 2022.

Last week, Morrison told the media there would be “complete quarantine-free travel for certain countries, such as New Zealand, when it is safe to do so.” He did not elaborate further.

New Zealand and Australia traditionally have close ties. New Zealand citizens are considered permanent residents of Australia. Quarantine-free travel across the Tasman Sea was permitted by both nations until June when an outbreak of the Delta variant began in Sydney. 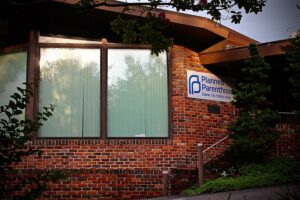