Florida Teacher Arrested for 'Twerking' on Student at the Prom

Police have arrested a Florida teacher for “twerking” on a student during the prom.

The Point of Grace Christian School teacher, Julie Hoover, 39, was charged with a misdemeanor for contributing to the delinquency of a minor and a felony charge of an authority figure soliciting or engaging in lewd conduct with a student.

During the prom on April 8, the Christian private school reportedly had alcohol in the back for adults to enjoy after the students left. A student told police that Hoover had begun drinking early and forced the straw from her cup into his mouth.

The situation was so bad, according to reports, that several people attempted to intervene and get the teacher away from the teenager.

Local station WCTV reports, “the student also said when he was on or near the dance floor, Hoover was ‘twerking’ on him, making him uncomfortable. At least two other people corroborated the story and told investigators they got in between Hoover and the student several times, trying to get the teacher to stop.”

Hoover’s previous arrest came after the mother of a student found explicit text messages from the teacher on her teenager’s phone. The messages also showed the teacher trying to make plans for the student to sneak into her house while her husband wasn’t home.

At the time of the messages, the student was enrolled in more than one class that Hoover taught.

On June 8, Hoover was arrested on one count of an authority figure soliciting or engaging in sex with a student.

A school official confirmed to WCTV that the teacher is no longer employed with the district.

“Mrs. Hoover is a former teacher with Point of Grace Christian. We will not provide further information on her employment or departure from our school,” the statement said. “The Taylor County Sheriff’s Office informed us of the allegations against Mrs. Hoover, and we have cooperated with the investigation. Out of respect for the judicial process, we will not comment any further at this time.” 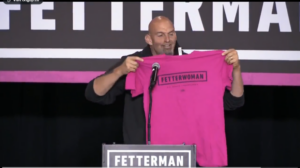