As the chorus of demands to abolish Columbus Day continues to grow each year, Florida Governor Ron DeSantis took a firm stand and signed a proclamation honoring the holiday.

In contrast, DeSantis tweeted out his proclamation honoring Columbus Day.

The declaration read, in part, “Columbus Day commemorates the life and legacy of the Italian explorer, Christopher Columbus, who made Europeans conscious of the existence of the New World and whose travels opened the door for the development of European settlements in the Western Hemisphere, which would ultimately lead to the establishment of the United States of America.”

“Columbus stands a singular figure in Western Civilization who exemplified courage, risk-taking, and heroism in the face of enormous odds; as a visionary who saw the possibilities of exploration beyond Europe; and as a founding father who laid the foundation for what would one day become the United States of America, which would commemorate Columbus by naming its federal district after him,” DeSantis continued.

“Individuals who seek to defame Columbus and try to expunge the day from our civic calendar do so as part of a mission to portray the United States and Western history in a negative light as they seek to blame our country and its values for all that is evil in the world, rather than see it as a force for good,” DeSantis’ proclamation continued.

“For generations, Federal policies systematically sought to assimilate and displace Native people and eradicate Native cultures,” Biden wrote. “Today, we recognize Indigenous peoples’ resilience and strength as well as the immeasurable positive impact that they have made on every aspect of American society.” 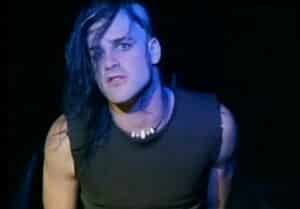