'We will continue to monitor the trajectory and strength of this storm as it moves towards Florida,' said Gov. Ron DeSantis

Florida is preparing for a second hurricane to reach land approximately six weeks after Hurricane Ian damaged the state.

Tropical Storm Nicole is projected to become a Category 1 Hurricane by the time it reaches southern Florida by the evening of Nov. 9 or early morning on Nov. 10. Nicole will bring high wind, heavy rains as well as possible coastal flooding when it reaches Florida near West Palm Beach.

“While this storm does not, at this time, appear that it will become much stronger, I urge all Floridians to be prepared and to listen to announcements from local emergency management officials,” DeSantis said in a statement, per NBC Miami. “We will continue to monitor the trajectory and strength of this storm as it moves towards Florida.”

“The storm was over the Bahamas on Wednesday morning with sustained winds of 70 mph, according to the National Hurricane Center’s 10 a.m. report,” stated Golfweek. “The storm is then forecast to cross Florida toward a region just north of Tampa and into the Gulf of Mexico before curving to the northeast into Georgia.”

Tropical systems can be unpredictable so the storm’s path may change.

Florida incurred $67 billion in damages after Hurrian Ian hit the state in late September. At least 92 died as a result of the storm. The majority of the damage was reported in Ft. Myers, Naples and Sanibel Island in addition to other barrier island communities.

Million of people were left without power as approximately 42,000 utility workers strived to quickly make repairs.

“Much of the damage from this storm is from water, with the coastal surge wiping out homes and businesses near the shore, and inland flooding hitting record levels across central Florida in particular,” per Axios.

Ian, which was downgraded to a tropical storm after is made landfall, traveled up the east coast. It brought high winds and heavy rains to the mid-Atlantic. The storm made landfall for a second time near South Carolina before dispatching near Washington DC.

Nicole is the 14th named Atlantic storm. The region averages seven hurricanes a season – 3 of which are typically major. 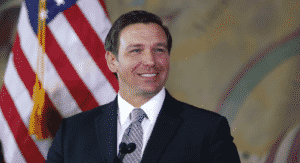