Saint Pete-Clearwater Airport in Pinellas County announced its terminal would be closed at 1 p.m. and would remain closed until evacuation orders were lifted.

“The 5 p.m. closure will allow the Airport to prepare the airfield and terminals, including the securing of jet bridges, ground equipment, and any remaining aircraft,” TPA said in a statement. “The Airport, including the Main Terminal, Airsides, and parking garages will be closed to all visitors at that time.”

“We remind the general public that the airport is not a designated shelter,” said MCO in a statement.

Governor Ron DeSantis announced on Sept. 27 that more than 2 million people were under either mandatory or voluntary evacuation orders with “life-threatening” storm surges expected. He has urged residents in the affected areas to move to higher ground, not necessarily out of state but rather to safer parts of Florida.

“When you have 5 to 10 feet of storm surge, that is not something you want to be a part of,” he said at a press conference. “Mother Nature is a very fearsome adversary, so please heed those warnings.”

Hurricane Ian is currently expected to reach Florida on the afternoon of Sept. 28. It is expected to be a Category 3 storm with destructive winds that reach maximum speeds of up to 125 miles per hour and heavy rain.

DeSantis told the public that shelters were open in every county that is under evacuation orders. He also advised “people in the southern Gulf Coast of Florida” not  to “move north as it could increase traffic delays, but they should move east to the other side of the state.”

Emergency shoulder lanes will open when sustained highway speed falls below 40 miles per hour. Tolls were suspended in the impacted areas to help with traffic and facilitate travel.

“This is a life-threatening situation,” the National Hurricane Center said in a public advisory. “Persons located within these areas should take all necessary actions to protect life and property from rising water and the potential for other dangerous conditions.” 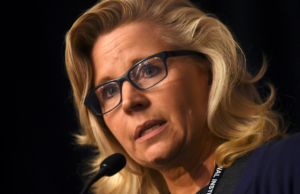