A week out from 2022 midterms, new polling data shows that Republicans have worked their way up to a 50/50 shot at winning the U.S. Senate.

The FiveThiryEight election model shows that as of Nov. 1, both Republicans and Democrats have a 50 percent chance of taking control of the Senate.

This latest polling is reflective of strong sentiment changes in the electorate, as less than two months ago FiveThirtyEight forecasted a 70 percent chance that Democrats would take the Senate.

2022 has proven to be a tumultuous forecasting season, as major political news has shifted the priorities of likely voters during the course of the year.

As of early June, FiveThirtyEight showed Republicans likely to pick up the Senate by capturing 60 percent of the electorate. Support for Senate GOP candidates cratered in the days following the U.S. Supreme Court’s overturning of Roe v. Wade.

Since that time, Democrats’ odds of retaining control of the Senate escalated until the end of September. Democrat support began to sharply reverse in the early week of October, shortly after OPEC+ announced it would be reducing oil output. The announcement spiked gas prices and marked a repudiation of Biden’s energy strategy, which hinged on a deal he thought he secured for OPEC member nations to increase supply — a move that would have resulted in lower domestic gas prices in the U.S.

CNBC reported, the same day as the new FiveThirtyEight poll, voters are still most concerned with economic issues and soaring inflation, of which gasoline prices are a primary driver. CNBC found that only 10 percent of U.S. adults under 40 “strongly approve” of Biden’s job performance.

While much of the country is experiencing record turnout levels in early voting, Gallup released new data on Nov. 1 showing that overall voters’ enthusiasm is down compared to the 2018 midterm elections.

The percentage of U.S. adults who are “more enthusiastic” to vote has declined 18 percent from 2018.

Gallup explains, however, that 2018 was an anomaly — a year that had the highest turnout in more than 100 years — and without considering 2018, voter enthusiasm is on par with other prior midterm cycles. 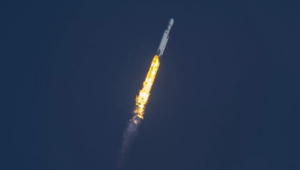