The very first death from the omicron COVID-19 variant has been reported in Australia.

The health department of the state of New South Wales reported that they have confirmed an 80-year-old man had succumbed to the variant. He had received two doses of a COVID-19 vaccine and had underlying health conditions.

“Sadly, NSW Health is today reporting the deaths of three people. A man in his 80s from western Sydney died at Westmead Hospital. The man was a resident of the Uniting Lilian Wells aged care facility in North Parramatta, where he acquired his infection. He had received two doses of a COVID-19 vaccine and had underlying health conditions. This is the first known death in NSW linked to the Omicron variant of concern,” NSW Health tweeted.

New South Wales reported three COVID deaths on Monday, with the second being a 90-year-old woman and the third being a man in his 80s. Both had two doses of the vaccine.

The Centers for Disease Control has estimated that omicron infections currently make up 73 percent of all new COVID cases in the United States. It is reportedly two to three times more infectious than Delta.

The New York Times claimed in a report that “even if Omicron does turn out to be milder than other variants, it could still push hospitals to their limits. A smaller fraction of Omicron cases may require hospitalization, but if the number of Omicron cases is much bigger than in previous surges, there will still be more seriously ill patients to treat. And in the United States, those Omicron cases will stack on top of already high levels of hospitalizations driven by the Delta variant.”

“The best information we have at the moment indicates the threat posed by Omicron is substantial and imminent, and individuals and governments should be prepared to respond accordingly,” a team of modelers who run a project called the Covid-19 Scenario Modeling Hub said in a statement to the Times. 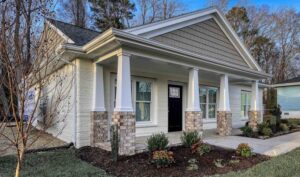 3 responses to “First Death From Omicron Reported in Australia”