The lawsuit follows last week’s ruling by Pennsylvania’s Supreme Court ordering undated and misdated ballots to be segregated from the official vote count after a lawsuit from the Republican National Committee (RNC).

On Saturday, the state Supreme Court followed up their order with specific date ranges within which the mail-in ballots must fall in order to be counted properly.

“The date [requirement] imposes unnecessary hurdles that eligible Pennsylvanians must clear to exercise their most fundamental right, resulting in otherwise valid votes being arbitrarily rejected without any reciprocal benefit to the Commonwealth,” the lawsuit reads, according to the Philadelphia Inquirer.

Lt. Gov. John Fetterman’s campaign for U.S. Senate has joined the legal fight over whether mail ballots with no date or the incorrect date should be counted in Tuesday’s election.https://t.co/YC2B6EVAxf

“Rejecting ballots because of the date requirement also violates the First Amendment and the Fourteenth Amendment.” Under the latter, the Democrats argue, “a state cannot utilize election practices that unduly burden the right to vote.”

Fetterman’s lawsuit was joined by Democrats’ United States House and Senate campaign arms along with two Democratic voters who submitted undated ballots in Erie County. The handwritten date requirement is a technicality and should not be used to determine if their vote was legal or not and the subsequent omittance of their vote violates federal civil rights law, the plaintiffs argued.

Earlier this year, a federal appeals court in Philadelphia ruled in favor of counting undated ballots in the May primary leading to RNC’s lawsuit garnering last week’s ruling by the state Supreme Court. Pittsburgh’s federal court has not set a hearing for Fetterman’s suit.

“Election Day is almost here, and Republicans are already laying the groundwork to potentially spread false conspiracy theories about the likely ‘red mirage’ of ballot processing in Pennsylvania,” read the memo. “The reality is Pennsylvania law means in-person votes that skew Republican tend to disproportionately be counted and reported before Democratic-leaning mail-in votes.”

“Similar to 2020, the reality is it will take time — likely several days — to count the votes accurately and ensure every eligible vote is counted. … Buckle up for a long week. This race is close, and we should all be prepared for a process that takes several days before all eligible votes are properly counted and the results are clear,” the memo concluded. 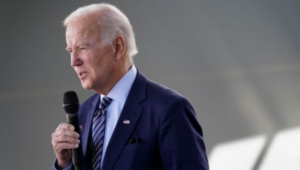