A federal judge ruled the University of North Carolina can consider race as a factor in undergraduate admissions.

U.S. District Judge Loretta Biggs announced her decision on Oct. 18 in a lawsuit filed by a conservative group that argued white and Asian students are unfairly disadvantaged by affirmative action.

In 2014, UNC was sued by Students for Fair Admissions, which contended that using college admissions based on race and ethnicity violates the equal protection clause of the Constitution as well as federal civil rights law.

Students for Fair Admission claimed UNC had gone “too far” in its use of race as an admissions qualification. In court documents, the group said UNC had “intentionally discriminated against certain of (its) members on the basis of their race, color, or ethnicity.”

The group has appealed a similar denial of their lawsuit against Harvard University regarding admission practices.

“Shame on Harvard, shame on UNC, and shame on all universities who take federal funds from considering race as an element,” the group’s president, Edward Blum, told the Associated Press.

UNC denied the group’s claims, saying its admission practices are “legally and constitutionally permissible and that race-neutral alternatives would not enable it to achieve its diversity goals,” per AP News. The university said that out of the fall 2021 semester’s 20,000 undergraduate students “approximately 56% are white, nearly 13% Asian, about 10% Hispanic, and 8.5% Black.”

In her 155-page decision, Briggs wrote:

“In sum, the Court concludes that UNC has met its burden in demonstrating that it has a genuine and compelling interest in achieving the educational benefits of diversity. … While no student can or should be admitted to this university, or any other, based solely on race, because race is so interwoven in every aspect of the lived experience of minority students, to ignore it, reduce its importance and measure it only by statistical models … misses important context to include obscuring racial barriers and obstacles that have been faced, overcome and are yet to be overcome.”

Briggs called UNC admissions policy not only constitutional but “welcomed” as an effort to increase diversity.

“[N]early 70 years after the first black students were admitted to UNC, the minority students at the university still report being confronted with racial epithets, as well as feeling isolated, ostracized, stereotyped and viewed as tokens in a number of university spaces,” she wrote.

Briggs also claimed that UNC has tried other race-neutral policies but none achieved the same results as the current process. 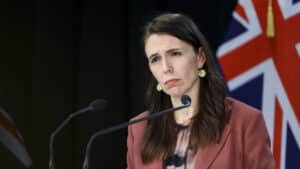