Pfizer-BioNTech became the first company to have its COVID-19 vaccination fully approved by the Food and Drug Administration as of Monday morning.

Eight months ago, the same vaccination was first to be granted emergency approval in the United States. In July, the federal government bought an additional 200 million doses of the company’s COVID-19 vaccine. They should be delivered from October 2021 through April 2022.

So far, the US has exercised its option “to buy 500 million of the 600 million doses of Pfizer’s vaccine that were secured through an agreement announced last year by the Trump administration,” per The New York Post.

Pfizer CEO Albert Bourla said in a statement at the time, “Vaccines have been and will remain critical to protecting lives against this devastating disease. These additional doses will help the U.S. government ensure broad vaccine access into next year.”

The license application includes more than 340,000 pages of material. The earlier emergency use authorization submission was 110,000 pages.

“The approval of Pfizer-BioNTech’s vaccine was based on its clinical trial of 44,000 people — half of whom got the shots, the company said,” says The Washington Post. “The median six-month follow-up period for safety and efficacy began after participants received their second dose, Pfizer said. The company plans to follow the enrollees for 24 months. To [qualify] for FDA emergency use authorization last December, the company followed trial participants for a median of two months after getting their second shot.”

“The FDA decision also clears the way for the companies to market their vaccine, which is not permitted without full licensure. And it may launch a race for booster shots, allowing doctors to prescribe extra Pfizer-BioNTech shots ‘off label’ to anyone they think should get one,” reports USA Today.

Institutions across the country, including businesses and colleges, previously said they would require the vaccination as soon as the FDA officially signed off. 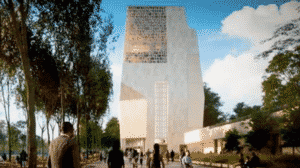