Multiple employees within the Bureau have told Congress Jan. 6 cases are being weaponized to 'fit a political narrative'

A new letter containing testimony from whistleblowers within the FBI warns of a “rotted” culture within the Bureau’s senior leadership, where child sexual abuse cases are abandoned to pursue political investigations.

According to whistleblower testimony, the FBI’s Washington Field Office (WFO) has been politicized and an Assistant Special Agent in Charge has been pressuring agents to “reclassify cases as ‘domestic violent extremism’ (DVEs) even if the cases do not meet the criteria for such a classification.”

The testimony alleges the FBI is deliberately manipulating the way case files related to the January 6 riot at the U.S. Capitol are handled in order to “create a false and misleading narrative that domestic violent extremism is increasing around the country.”

Per department policy, investigations into potential subjects are to have cases opened and run by the local field office where the subject resides, the whistleblower stated. However, the WFO is directing other field office special agents to simply open cases on paper in their geographical area, while all of the investigative work is being run out of Washington D.C.

“The manipulative case file practice creates false and misleading crime statistics,” the whistleblower is quoted as saying. “Instead of hundreds of investigations stemming from a single, black swan incident at the Capitol, FBI and DOJ officials point to significant increases in domestic violent extremism and terrorism around the United States.”

The FBI is leveraging casefile categorization to inflate domestic terrorism numbers by creating the illusion that threats from DVE are present in jurisdictions across the nation. However, in reality, they all stem from a single investigation into January 6, Jordan’s letter states.

#BREAKING: New whistleblower information reveals that the FBI is moving agents off of child sexual abuse investigations to instead pursue political investigations.

The whistleblower recounted being told that “child sexual abuse investigations were no longer an FBI priority.” pic.twitter.com/EBXrnVWhO6

Allegations that front-line agents are being pressured to categorize cases as DVE to “fit a political narrative” are consistent with testimony congressional officials have received from other whistleblowers within the Bureau.

In order to pursue January 6 investigations, the whistleblower also told Congress that “child sexual abuse material investigations were not long an FBI priority and should be referred to local law enforcement agencies.”

Jordan writes that decision is both “a dereliction of the FBI’s mission to investigate violations of federal laws” and a “grave disservice to victims of child abuse and other crimes that do not advance the FBI leadership’s political agenda.”

He also told Wray that the Bureau is not “immune to oversight or accountability” and requested documents and information to continue congressional investigations into how the FBI is currently being operated.

Among other items, Jordan requested the FBI provide the following: all documents and communications relating to the the WFO’s policies for opening investigations into potential subjects involved with January 6, documents and communications to or from WHO employees directing agents to open investigations, the number of arrest and search warrants from the WFO but executed in the geographic region of a separate field office, and the number of all agents involved in the January 6 investigations. 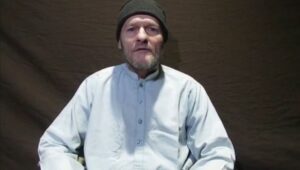