White House chief medical adviser Dr. Anthony Fauci has suggested that there will be a “three-dose regimen” of vaccines for children under four years old.

The Food and Drug Administration (FDA) has not yet approved an Emergency Use Authorization for children under five to receive the vaccine.

Fauci made the remarks during the White House press briefing about the COVID-19 response on Wednesday.

“Dose and regimen for children 6 months to 24 months worked well, but it turned out the other group from 24 months to 4 years did not yet reach the level of non-inferiority, so the studies are continued,” Fauci said.

“It looks like it will be a three-dose regimen. I don’t think we can predict when we will see an EUA with that,” he continued.

When asked about a timeline for when vaccines for children this young will be authorized, Fauci said that he could not provide one.

“I can’t give you a timetable on that. We’ll just have to wait and see,” he said.

The Daily Wire noted that a December survey from the Kaiser Family Foundation (KFF) found that many American parents still have reservations about vaccinating their children.

The pollsters found that three in ten parents said that they will “definitely not” vaccinate their children. Their report says that “vaccine uptake has slowed among adolescents ages 12 to 17 in recent months. Only about half of parents say that their child in this age group has received at least one dose of vaccine, a share that has changed little since the fall.”

“Generally what we’ve seen throughout the years is that parents tend to be more careful with their kids than themselves,” Dr. Sean O’Leary, vice-chair of the American Academy of Pediatrics Committee on Infectious Disease told the network. “It’s one of those things that predates the pandemic. When you ask parents about their concerns, safety is almost always at the top, and they frequently say they don’t have enough information.” 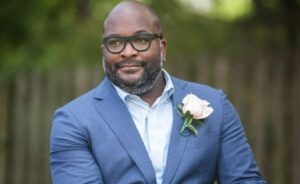