While police have been hesitant to reveal details about the murder of a family in Utah Wednesday afternoon, they have alluded to the possibility that the incident was that of a murder-suicide by stressing that they did not believe that a suspect was at large.

Five children and three adults were found dead by the Enoch City Police Department after officers were dispatched to the 4900 North block of the small Utah city and discovered the deceased, all of whom suffered gunshot wounds.

Richard Jensen, a libertarian serving on the Enoch City Council, seems to have confirmed that the incident was a murder-suicide on his personal Twitter account late Wednesday evening.

The City of Enoch released the following statement about the incident from the public information officer and city manager Rob Dotson:

On January 4, 2023, officers from the Enoch City Police department were summoned to 4900 North block of Albert Drive in reference to a welfare check. Officers checked the residence and found three adults and five minors deceased inside the home. Each appeared to have sustained gunshot wounds. At this time, we do not believe there is a threat to the public or that there are any suspects at large. This investigation is still active and more information will be provided at a later time.

KSL TV, an NBC affiliate based in Utah, spoke to Dotson but the city manager didn’t offer any additional details “We don’t know why this happened and we’re not going to guess, we’re going to continue the police investigation in the home, going through all the details they can, making all the information available they can divulge from what’s happened inside. And we will have more information as it comes forward,” Dotson told the local station.

“It’s hard to describe in words, the emotions that are going through the people that live here. We all know this family. Many of us have served with them in church, in the community, or gone to school with these individuals,” he added. “So this community at this time is hurting. They’re feeling loss, they’re feeling  pain, they have a lot of questions which is natural, and they’re here to support.”

#BREAKING Enoch City Police officers say they found three adults and five minors deceased inside the home off Albert Dr.
Each appeared to have sustained gunshot wounds. @KSL5TV is following this story and will have the latest at 10:00 pic.twitter.com/9bDZveus0c

So I'm on the Enoch City Council… small town you've never heard of? Sure you have. National news about 8 dead in a murder suicide… 5 kids. So yeah, you can guess about how bad my day went. 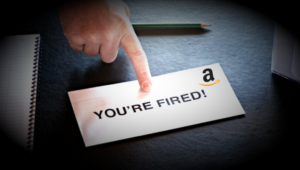