EXCLUSIVE: $64 Million in US Aid to Taliban is 'Ransom Payment for Hostages'

WASHINGTON, D.C. — America’s withdrawal from Afghanistan has been widely perceived as a disaster and the Biden administration’s announcement that it will provide the Taliban with $64 million in U.S. aid is now being described as “a ransom payment.”

“Frankly, it’s very difficult to think of it as anything other than a ransom payment for hostages that were put in harm’s way as a result of the precipitous U.S. withdrawal because it’s being styled as humanitarian aid,” Ilan Berman, Senior Vice President of the American Foreign Policy Council, told Timcast in an exclusive interview. “But it’s humanitarian aid that’s being directed towards the Taliban to incentivize the Taliban to treat the civilian population, including people the U.S. left behind, more nicely. And so, it looks an awful lot like a payoff to the Taliban to be less brutal. And frankly, if you’re a member … of the reconstituted Taliban leadership and you’re getting signals like this from the United States, that is not a moderating message. That’s a message that emboldens you to behave more badly.”

Rewarding bad behavior was seemingly a hallmark of the Obama administration, particularly in relation to the Joint Comprehensive Plan of Action (JCPOA), otherwise referred to as the Iran nuclear deal, and the decision to reopen the U.S. Embassy in Cuba, in spite of the communist dictatorship and gross human rights violations in both nations.

Asked if he sees any similarities between the $64 million aid payment to the Taliban and the “pallets of cash” that were flown into Iran in exchange for American hostages, which included Washington Post journalist Jason Rezaian, Berman said, “There are certainly parallels [but] I would actually draw a slightly different parallel. To me, the parallel is with the Carter era abdication of support for the Shah, which led to the rapid collapse of the Peacock Throne, and its replacement with the Islamic Republic. And all of that was driven by this retraction of support by the Carter Administration as a result of a whole host of things. But the aggregate impact of the withdrawal of U.S. money [and] military support, was that the government became seen as provocatively weak and emboldened radical Islamist forces to take to the streets. And you’re seeing this in real-time in Afghanistan.”

He noted that the prompt U.S. exit has given new life to a resilient Taliban insurgency and provided them with more incentives to press forward.

Despite the Taliban’s overt claims that they have reformed, the actions they have displayed thus far indicate little progress has been made with the group’s underlying ideological underpinnings which are steeped in the practice of an extreme interpretation of Islamic law, known as Sharia Law.

“And now because we’ve abdicated strategic leverage in Afghanistan, we are relegated to the sidelines of this conversation, and we’re relying on this fiction that maybe the Taliban has reformed,” Berman said. “Maybe there’s a kinder, gentler Taliban. Maybe we can count on them to form a more inclusive government to be nicer to women. But the Taliban is pretty plain-spoken in its radicalism. They have a creed. They have a worldview. It’s been pretty consistent over the last quarter-century. It’s not at all apparent that they’re going to modify it to appeal to the West, especially since that’s the creed that propelled them to power once again and it’s the same creed that countries like China, Russia, Iraq, Pakistan, are now embracing. There’s no impetus for them to change.”

Whatever progress women’s rights may have seen in Afghanistan vanished virtually overnight with the Taliban’s takeover. Last month, Taliban spokesman Zabihullah Mujahid reportedly said a mandate by the newly-minted government would require working women to stay at home until proper systems are implemented to ensure their safety.

“It’s a very temporary procedure,” Mujahid claimed at the time.

The last time the Taliban ruled Afghanistan was between 1996 and 2001. During that stint, they closed girls’ schools and banned women from working. Crimes and violence against women increased significantly and it was only after the United States invaded in 2001, following the devastating Sept. 11 attacks, that women’s rights began to see improvement in the mountainous land-locked country.

Eight years later, in 2009, the Elimination of Violence Against Women made it illegal to prevent women and girls from working and studying. It also criminalized rape, battery and forced marriage. However, in some rural parts of the country where the Taliban maintained strategic influence, women were still forced to live in fear and adhere to the Taliban’s rules.

Unfortunately, the withdrawal of US forces from Afghanistan — which once served as a deterrent — has left the female population particularly vulnerable.

“It’s obviously a disaster, a debacle,” Berman said. “This is an Administration that’s walked away from maximum pressure against Iran … backpedaled on the Abraham Accords [and] rolled back pressure on the Houthi rebels in Yemen and sundry other things.”

He added: “The core truth here is that it is a political winner. The reason that the Biden Administration stuck with the idea of an exit from Afghanistan is that the poll numbers … during the Trump era [indicated] that Americans are sick and tired of this open-ended engagement in Afghanistan, which is costing the country very dearly. This is the straw man that President Biden set up during his August speeches about Afghanistan where he was very defensive and he talked a lot about the necessity of withdrawal because, really, the conversation is not about whether or not we should withdraw.”

In Berman’s view, the central post-withdrawal challenge was protecting the Afghans who “risked life and limb to help us to fight the Taliban.” Furthermore, he explained that the the exit from Afghanistan put American service members, civilians, and U.S. diplomats at risk: “many of them are still at risk,” he added.

In fact, the incidents in Afghanistan are not happening in isolation.

“The Big Show, if you could call it that, is the great power competition with China,” Berman said. “The political vacuum that’s created by the U.S. exit from Afghanistan is now being filled by strategic adversaries of the United States, including Russia, Iran, and China. And so, you can’t think about Afghanistan as a strategic set back on its own terms, even though it is. You have to think about it in the context of the other things going on that the US cares deeply about, and what it has done in Afghanistan has disadvantaged it on these other strategic fronts as well.”

And while Secretary of State Antony Blinken presented the official position of the Biden administration when he referred to the Taliban as “the de facto government of Afghanistan,” during congressional hearings last week, everyday Afghanis — including those living abroad — do not recognize the legitimacy of the Taliban government. That said, whether the Taliban will be able to survive this long-term remains to be seen.

“There’s a sort of a nascent resistance being run by the son of the slain Northern Alliance leader Ahmad Shah Massoud, which is being formulated in the north, sort of the reconstituted Northern Alliance,” Berman said. “It’s not at all clear that it’s going to be able to survive throughout the winter months, where it becomes harder for them to fight an entrenched enemy over harsh Afghan terrain. But it’s very clear that the Taliban is digging in for a long fight against a resistance in the north, but also digging in for a long fight against internal enemies. And that’s why you’re seeing instances of Taliban brutality against civilian dissenters, despite the fact that the Taliban has promised to show a kinder, gentler image to the world. You’re seeing incidents of summary execution [and] public floggings. This is all because the Taliban understands that they have a window in which to consolidate power and power brings legitimacy. And so they’re trying to convey this legitimacy through brutality very quickly.”

However, Berman noted that we are already beginning to see cracks in the Taliban leadership: “I think the Taliban itself was a little bit surprised with how quickly the Afghan government and the Afghan military collapsed. And so now you’re beginning to see the jockeying over the spoils of war and political rifts within the Taliban leadership. We have to see sort of how that shakes out. But if the Taliban does manage to consolidate power and does manage to have a more or less stable coalition, what you end up having is a government that is not going to be an international pariah the way it was back in the late 1990s.”

Berman did not discount the value or significance that comes with the Taliban having China as a patron state, particularly as China is focused on “linking up Afghanistan to its Belt and Road initiative and exploiting Afghanistan for strategic minerals in a way that it wasn’t two decades ago. And what you have is a United States that quite frankly is going to be hands-off unless the Taliban make the mistake of overtly allowing Afghanistan to become a very significant haven for terrorist groups again. So, I think they did make a strategic mistake, but short of that, I think the Taliban have learned a little bit from history and will reconstitute their rule and rule very much like they did in the 1990s, just short of overtly telling all these groups that they can use Afghan territory to basically launch attacks against the United States. That doesn’t mean those groups won’t be there. There’ll just be some plausible deniability and that’ll give the fig leaf that will allow the United States to keep it at arm’s length.”

As for former President Afghan Ghani, who fled the country to “prevent bloodshed,” Berman said he anticipates “a reckoning coming. A lot is going to be written and a lot is going to be sorted out about this mess in the months to come. But I think at the end of the day, we’re going to find that the Afghan government [under Ghani] — which very transparently has been famously corrupt — was far weaker institutionally than we had hoped and those weaknesses are what caused it to fold so quickly.” 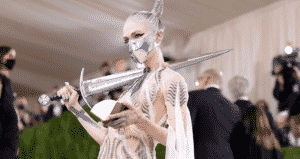