The attacker also threatened to kill the arresting officers.

The incident was captured on the officer’s body camera and posted to social media by the department.

The attacker, 27-year-old Tyshaun Holloway, was also arrested for assaulting NYPD officers in 2016 and 2017.

Early yesterday morning, cops from the @NYPD67Pct were on a fixed post to address community concerns when they were suddenly assaulted with a glass bottle in an unprovoked attack.

The suspect, who has been arrested for assaulting officers twice in the past, was quickly caught. pic.twitter.com/WZzHAKTFKg

The department said that the officer was “on a fixed post to address community concerns when they were suddenly assaulted with a glass bottle in an unprovoked attack.”

ABC 7 reports that the injured officer sustained a laceration to the left side of his head that required staples to close. He also sustained lacerations to his hand, elbow and left knee.

In addition to his prior attacks on police officers, Holloway has also previously been arrested for two attempted robberies and fare evasion.

“In 2017, he was convicted in Manhattan of second-degree assault and sentenced to two years in prison, online records show,” the New York Post reports. “He was paroled in 2019 and completed his post-release supervision in February.”

Holloway has now been charged with assaulting a police officer, menacing, resisting arrest, obstruction of governmental administration, assault and criminal possession of a weapon. He is currently being held on $30,000 cash or bond prior to his next court appearance that is scheduled to take place on Friday.

Last month, the National Fraternal Order of Police announced that ambush attacks on law enforcement are up 91 percent from previous years.

🚨Witnessing a SURGE in violence against the brave men and women of law enforcement. Ambush-Style Attacks on officers are up 91% from 2020 (YTD). So far this year:

The organization found that in 2021, 51 law enforcement officers have been shot, 13 of whom died, in 40 ambush-style attacks as of June 30. In a tweet, they stated that we are “witnessing a SURGE in violence against the brave men and women of law enforcement.” 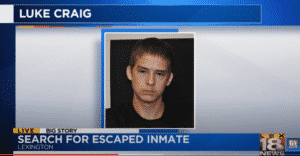