EU May Ban Twitter In Europe, Provides 'Checklist' Of Rules For Musk

The European Union (EU) could ban Twitter in Europe unless new outlet owner Elon Musk adheres to “strict content moderation rules,” according to a Wednesday report.

EU commissioner Thierry Breton, who is in charge of implementing the bloc’s digital rules, warned Musk of Twitter’s potential ban in a video call, the Financial Times reported.

Through his implementation of Twitter policies, Musk must adhere to a “checklist” of rules from Breton including “ditching” an “arbitrary” approach to reinstating banned accounts, “aggressively” pursuing disinformation, and agreeing to an “extensive independent audit“ of the platform in the following year, the outlet reported.

Breton’s warning to Musk follows the EU’s newly enacted Digital Services Act (DSA) which sets global standards for how Big Tech polices content on the internet. Musk may be infringing the EU law if he does not comply with the DSA though the tech billionaire repeatedly said he thought the DSA was “sensible” in the meeting and had previously stated he would adhere to relevant laws.

Musk further said the DSA should be implemented around the world.

NEW: EU Commissioner Thierry Breton has told Musk he must adhere to a checklist of rules including
– ditching an “arbitrary” approach to reinstating banned users
– pursuing disinfo “aggressively”
– agreeing to an “extensive independent audit” of Twitterhttps://t.co/IliYQIWOBx

Musk recently reinstated former President Donald Trump’s Twitter account after he faced a previously permanent suspension following the Capitol riot on Jan. 6 2021. Trump has yet to post on his unsuspended account as of Nov. 30.

On Wednesday, Twitter posted a blog detailing the outlet’s “continued commitment to the public conversation” in what Musk has previously referred to as “Twitter 2.0.”

“Today, we are a new company embarking on a new chapter, but our steadfast commitment to this mission has not changed. In fact, we are better positioned to realize our ambitions than ever before,” read the blog post. “Brand safety is only possible when human safety is the top priority.”

As you’ve seen over the past several weeks, Twitter is embracing public testing. We believe that this open and transparent approach to innovation is healthy, as it enables us to move faster and gather user feedback in real-time. We believe that a service of this importance will benefit from feedback at scale, and that there is value in being open about our experiments and what we are learning. We do all of this work with one goal in mind: to improve Twitter for our customers, partners, and the people who use it across the world.

Twitter reiterated their policies had not changed though clarified their approach to enforcement would rely on “de-amplification of violent contend.” The trust and safety team, formerly headed by Yoel Roth, will continue monitoring and combatting “hateful conduct, abusive behavior, and other violations” of the platform’s rules. The outlet will continue identifying and defusing threats from “bad actors” that manage to disrupt the platform.

“We will make mistakes, we will learn, and we will also get things right,” the blog concluded. “Throughout, we’ll communicate openly with our users and customers, to get and share your feedback as we build.” 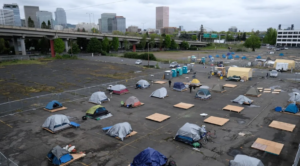