With Finland pushing to join NATO “without delay” and Sweden expected to join them in their application at the end of this month, it will fall on current members of the alliance to determine whether or not to grant assent to the enlargement of the treaty. Under Article 10 of NATO’s governing charter, new nations are only invited to the security alliance if all current parties are unanimous in their consent. Turkey, a member of NATO since 1952, has voiced skepticism about whether this would be a mutually beneficial arrangement.

The Turkish president argued Finland and Sweden harbor sympathies for the Kurdistan Worker’s Party (PKK), a terrorist organization, which sponsors Kurdistan militants in Syria known as the People’s Defense Units (YPG). In recent years, the governments of Finland and Sweden have stumbled during diplomatic relations in the Levant. While at times arresting and deporting members of the YPG, they have also extended their hands in cooperation. In doing so, they earned anger from Ankara.

The Department of Defense during the Obama Administration leaned on YPG to rebrand as the Syrian Democratic Forces (SDF) during their merger with Arab militants who were also fighting in the Arab Spring in order to ease tensions with Turkey. The United States Institute of Peace, a government-run think tank founded during the Reagan Administration, acknowledges that Turkey’s concerns are legitimate, citing instances of terrorism, forced conscription, and other acts that delegitimize the group. They explain that a partnership with the SDF was necessitated by the rise of ISIS and Turkey’s inability to offer an expedient alternative.

Erdogan is also concerned about repeating the mistakes of his predecessors, he said. While Greece joined NATO in the same year as Turkey, they partially withdrew from the organization in 1974 following the end of their military junta and Turkey’s invasion of Cyprus that year. In 1980, however, Turkey was convinced to allow the Greeks to rejoin the partnership in full. During his press conference, Erdogan acknowledged ongoing misgivings directed at Greece’s reintegration, stating that he did not wish for the Turks to feel similarly about the two Nordic countries in the future.

Finland’s decision to join NATO marks a historic departure from its 200-year history of neutrality.

The official statement from Turkey’s Minister of Foreign Affairs:

We are following the developments about Sweden and Finland; however, we don’t have a positive opinion because the governments before us made a mistake about Greece on NATO and  you know the attitude Greece has displayed relying on NATO. As Türkiye, we don’t want to make a second mistake on this issue. What is more, Scandinavian countries are unfortunately like a guesthouse of terrorist organizations. The PKK, DHKP-C nestle in Sweden, the Netherlands. They even find a place for themselves in the parliaments there. At this point, it is not possible for us to have a positive opinion.

In response to a question which suggested that Greek PM Kyriakos Mitsotakis would seek to prevent the US from selling F16 fighter jets to Türkiye during his upcoming meeting with US President Joe Biden on Monday, President Erdoğan stated that it would be too early to make comments and that Türkiye would determine its approach after seeing US President Biden’s messages in particular. 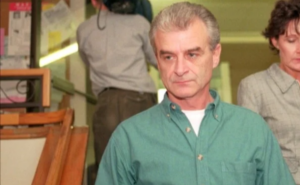 Randy Weaver of the Ruby Ridge Standoff Dies at 74