Epstein's Private Islands in the Caribbean Are Being Listed For Sale

The two Caribbean private islands owned by the late Jeffrey Epstein are being placed on the market for $125 million.

The islands include Little St. James, where it is alleged that Epstein and his associates brought girls as young as 11 to sexually abuse.

Among the guests of Epstein who are alleged to have visited the island are Prince Andrew and former President Bill Clinton.

“The larger of the two islands is known as Great St. James. Encompassing more than 160 acres, it is located roughly five minutes across the bay from St. Thomas and is largely untouched, with just a small collection of structures and a marine preserve known as Christmas Cove, according to listing materials,” the Wall Street Journal reports. “The smaller of the pair is Little St. James. Spanning over 70 acres, it includes a helipad, a private dock, a gas station, two pools, a main residential compound, four guest villas, three private beaches, a gym and a tiki hut, the marketing materials show.”

Daniel Weiner, an attorney for the Epstein estate, told the Journal that “proceeds from the sale of the two islands will be used for the estate’s resolution of outstanding lawsuits and the regular costs of the estate’s operations, and will be subject to tax authorities, creditors and other claimants, including liens placed on the properties by U.S. Virgin Islands Attorney General Denise George.”

In 2019, independent journalist Luke Rudkowski visited the island and filmed what he saw. At the time, he said that it looked like much of Epstein’s belongings had already been cleared out.

Over $120 million of Epstein’s estate has already gone to victims of sexual assault through the Epstein Victims’ Compensation Program, which ceased operations in August 2021.

Epstein’s Upper East Side Manhattan mansion sold last year for 51 million, and his Palm Beach house sold to a developer for $18.5 million.

The disgraced financier was found dead from an apparent suicide in his Manhattan prison cell in 2019. He was awaiting trial for allegedly trafficking dozens of underage girls. 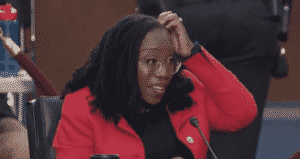