Elon Musk, the CEO of Tesla and the world’s richest man, Tweeted late Sunday informing the world that he will be spending more in taxes this year than some countries make annually.

Musk was recently named Time Magazine’s “Person of the Year” and has been a highlight of media focus for quite some time.

His company Tesla currently has a value of about $1 trillion. Over the last few weeks, Musk sold nearly $14 billion worth of his personal Tesla shares. He currently has a net worth of $292 billion, as of Monday.

Bloomberg News recently reported that Musk will likely face a tax bill of more than $10 billion if he exercises his stock options set to expire in August of 2022. According to the report, this would be the most significant individual payment to the Internal Revenue Service in history.

Musk, however, says that the payment will be even higher than their estimate.

“For those wondering, I will pay over $11 billion in taxes this year,” Musk tweeted on Sunday.

For those wondering, I will pay over $11 billion in taxes this year

This entire public dialog comes amid allegations that Musk “paid nothing” in federal income taxes in 2018 and less than $70,000 in 2015 and 2017. There has been an ongoing feud between Musk and Senator Elizabeth Warren over this issue.

Musk’s tweet on Sunday directly responded to Warren’s criticism of his wealth and purported tax avoidance.

Warren tweeted last Monday: “Let’s change the rigged tax code so The Person of the Year will actually pay taxes and stop freeloading off everyone else.”

Let’s change the rigged tax code so The Person of the Year will actually pay taxes and stop freeloading off everyone else. https://t.co/jqQxL9Run6

But Musk hit back, tweeting, “You remind me of when I was a kid and my friend’s angry Mom would just randomly yell at everyone for no reason.”

Please don’t call the manager on me, Senator Karen 🙏

Over the last few months, Musk has become more vocal about his wealth, the government control of wealth, and specifically the leadership in Washington.

He has also publicly criticized President Joe Biden’s Build Back Better Plan, which he said is fully funded by “the very largest corporations and the wealthiest Americans.”

Musk’s stock options come due in August 2022, a linchpin in this debate over his current wealth. To exercise them, Musk must pay the income taxes on the gains, and since they are taxed as an employee benefit or compensation, they will be taxed at 37 percent, plus the 3.8 percent net investment tax, according to reports by CNBC.

Musk will be subject to the top tax rate in California since the options were granted and earned when he was a California resident.

Combined, CNBC reports, the state and federal tax rate on his gains will be 54.1 percent. If true, this would render a tax bill for Musk at just over $15 billion in 2022.

Per Musk’s claims that he would pay more in taxes than some country’s GDP, Nasdaq recently published a report that listed countries with the projected lowest gross domestic product in 2021. If Musk’s tax bill reaches its maximum, his check will be larger than the GDPs in Burundi, South Sudan, Somalia, and just shy of Mozambique’s projected $13.96 billion in 2021.

On Wednesday, Tesla closed at $975.99, up more than 1 percent from the day before, sustaining Musk’s enormous wealth and position as the World’s Richest Man. 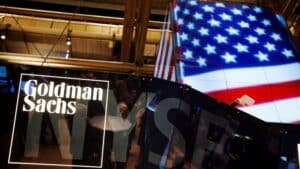