The composition of both Congress and the Senate will be determined next November.

In the Senate, eight seats are vulnerable and evenly split between the major political parties. The Democrats currently have senators from Arizona, Georgia, Nevada, and New Hampshire. Additionally, newly elected senator Mark Kelly of Arizona and Raphael Warnock of Georgia.

Conversely, Florida, North Carolina, Pennsylvania, and Wisconsin are all served by Republicans senators.

“Pennsylvania and Wisconsin are the only two states where the Senate seat up for election is held by an incumbent of a different party than the state’s 2020 presidential winner,” writes The Center Square. “Joe Biden (D) defeated Donald Trump (R) 50.0%-48.8% in Pennsylvania and 49.5%-48.8% in Wisconsin. Democrats aren’t defending any seats in states Trump won last year.”

Incumbent senators Richard Burr and Pat Toomey from North Carolina and Pennsylvania are retiring at the end of their terms. Ohio, Alabama and Missouri will also have open seats during 2022.

Senator Patrick J. Leahy, a Democrat from Vermont who is the longest-serving member of the Senate, announced he would not seek re-election on Nov. 15. The 81-year-old was elected in 1974 at age of 34. The President Pro Tempore announced his decision in the same room of the Vermont State House in Montpelier where he announced his first Senate campaign.

The state, which supported President Joe Biden during 2020 by 65%, is not expected to elect a Republican.

There were more battlegrounds during 2020, with 13 states hosting competitive races. Next year, a total of thirty-four Senate seats will be determined by the mid-term elections.

The current Senate is split between Republicans and Democrats. Vice President Kamala Harris will cast any tie-breaking votes. 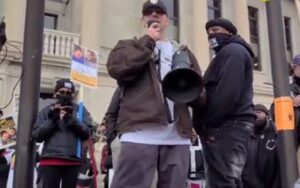 One response to “Eight Battlegrounds Emerge for 2022 Senate Midterm Elections”