An education transparency bill that will require teachers to post their curriculum online for parents to review has passed the Iowa House.

If signed into law, the legislation would also require schools to post their library’s catalog online along with information for parents to request that certain materials be removed.

The measure, HF2577, passed by a vote of 60-36. One Republican voted against the bill and two Democrats voted in favor of it.

“Parents matter, and they deserve transparency in their children’s education,” said Rep. Phil Thompson, the bill’s floor manager, according to a report from the Des Moines Register.

If parents are unhappy with the content after reviewing the course material, they will be allowed to opt out of that instruction for their child.

School library books have become a heated topic of debate, as some parents believe that students are being provided with content that is not age appropriate, or even pornographic.

They are being found on school bookshelves – and in school libraries.

Amazon, which sells the book, describes it as a “useful and touching guide on gender identity.”https://t.co/OMhShoxdB5 pic.twitter.com/c1MYlxNXV7

Democrats argued that the bill was a “demoralizing” attack on teachers and the education system.

“Teachers will be spending all their time trying to enter this information and then re-enter what they didn’t do or what they changed,” Democratic Rep. Sharon Sue Steckman said. “[They’ll] be [so] worried about being attacked for what they’re doing that they won’t have any time to show their allegiance to our children.”

Republicans disagreed. They argued that in addition to giving parents better insight into what their children are learning, it will also allow students to check on their assignments remotely when they miss school.

“I disagree with the notion that this bill is an attack,” Republican Rep. Garrett Gobble, who is also an eighth grade U.S. history teacher, said. “I believe it’s establishing best practice for students and parents to be able to access materials outside of the school day, something most of our teachers already do.”

If a school district is found to be in violation of the transparency requirements and do not correct it within 14 days, it could face fines ranging from $500 to $5,000.

Additionally, the Department of Education would be required to notify the Board of Educational Examiners of any licensed educators who violate the transparency requirements, the Register report explains. The board can suspend or revoke educators’ licenses.

The Iowa Senate must now agree to the measure. 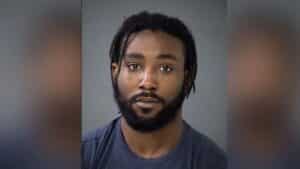