Economy Still Top Concern For Voters Ahead of Midterms

Amid a news cycle dominated by coverage of the war in Ukraine, culture war issues like drag queens performing for children, and Democrats machinating to make abortion a top-of-mind issue for Americans, economic issues are the top concern for most voters three weeks ahead of the 2022 midterm elections.

New Reuters/Ipsos survey data of likely voters or those who have already cast a ballot show that “Inflation” and “Jobs and Economy” are the most important problems facing the U.S. today.

The report comes just a week after the U.S. Bureau of Labor & Statistics (BLS) released September data showing the nation is still crippled by 40-year-high inflation and soaring year-over-year prices.

Those price increases include:

As of this past spring, nearly half of Americans had turned to credit cards to cover daily living expenses, while more than a third had pulled money from savings or their retirement accounts just to make ends meet.

As of mid-October, according to the Reuters/Ipsos data, 45 percent of likely voters rate their finances weaker than they were just a year ago, 33 percent rated them about the same, and only 21 percent say their personal finances are stronger.

Large segments of voters have also had to change their spending habits to cope with rising costs.

With the economy being the most important issue in the nation, the political landscape may bode well for Republicans, as 42 percent of voters believe that the Republican Party “has the better approach for tackling inflation.”

However, the issue which voters say they trust Democrats to handle more than Republicans is abortion, with 46 percent saying Democrats have a “better approach for talking abortion policy.”

The survey data also shows a major enthusiasm gap between voters pledged to a political party and independent voters.

Eighty-five percent of Republicans and 83 percent of Democrats are “certain” they will vote in the 2022 midterms, while only 57 percent of independents say they will cast a ballot. 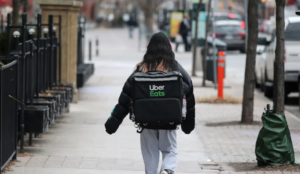