The Netherlands has permitted euthanasia since 2002

The Netherlands will keep in place its ban on assisted suicide performed by a non-medical professional after a court rejected arguments brought by the policy’s opponents.

The Hauge District Court ruled on Dec. 13 that the nation’s ban does not violate the European Convention on Human rights. Instead, the court found that the “right to self-determination does not go so far that there is also a right to obtain assisted suicide.”

The court did affirm that the “right to decide for oneself about one’s own end of life is indeed protected.”

The ruling adds to the nation’s complicated stance on terminating life.

In 2002, the nation legalized euthanasia. Doctors were permitted to administer a fatal dose or provide a fatal dose of drugs to patients who have expressly requested their assistance. However, people who are not licensed physicians cannot legally provide a person with a lethal substance to self-administer for the purpose of ending his or her own life.

“Euthanasia and assisted suicide are legal only if the criteria laid down in the Dutch Termination of Life on Request and Assisted Suicide (Review Procedures) Act are fully observed,” states the government of the Netherlands. “Only then is the physician concerned immune from criminal prosecution.”

“Requests for euthanasia often come from patients experiencing unbearable suffering with no prospect of improvement. Their request must be made earnestly and with full conviction,” the government noted. “Patients have no absolute right to euthanasia and doctors no absolute duty to perform it.”

Every euthanization or assisted suicide must be reported to a euthanasia review committee, which determines if the doctor has taken due care. Those who have not can face up to 12 years in prison for assisting a suicide or 3 years for euthanasia.

Patients as young as 12 may request euthanasia with the consent of their parent or guardian. Patients ages 16 and up do not need parental consent although parents must be involved in the decision-making process.

In its decision, the Dutch court said it considered “on the one hand the social interest of protecting life and protecting vulnerable persons, and on the other the interest of those seeking assisted suicide.”

The challenge to the assisted suicide ban was brought by Cooperative Last Will on behalf of 29 plaintiffs. The group’s chairperson, Frits Spangenberg, expressed his disappointment that the ban would remain in effect.

He said the court’s decision was “very focused on euthanasia options, which are good, but so bureaucratic and only applied in the case of hopeless medical suffering with a lot of bells and whistles and conditions.” 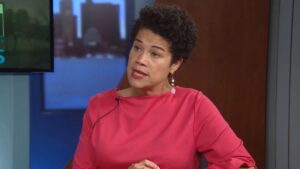