Boston’s city council has voted to form a commission to study reparations for the city’s black residents as a form of redress for the city’s role in slavery and post-slavery discrimination.

The measure was passed by unanimous vote on Dec. 14, and places Boston among a growing number of jurisdictions throughout the country studying the issue of reparations.

Reparations supporters cite Boston’s history of segregated housing and political economy that reduced opportunities for blacks as part of the need to consider a reparations package, according to the Associated Press (AP)

“This ordinance is only the start of a long awaited yet necessary conversation,” City Councilor Julia Mejia said, according to the AP. “The City of Boston, like many areas around the United States, has profited from the labor of enslaved African Americans and has further disadvantaged them by barring them from participating in the same economic mobility opportunities as their white counterparts.”

Mejia introduced the ordinance in February, seeking an independent panel to chronicle disparities and “historic harms” that the city’s residents have endured. The commission will provide a report within two years, making recommendations on how Boston can “formally apologize for its role in the slave trade, how city laws and policies continue to disproportionately impact African Americans and how those injuries can be reversed,” according to the proposal covered in a separate report by the AP.

Several other legislative bodies around the U.S. have recently commissioned studies on the subject of reparations.

Earlier this month, St. Louis Mayor Tishaura Jones signed an executive order establishing a reparations commission, which will establish a nine-member volunteer panel to study and recommend opportunities for reparations to the city’s residents.

“The people closest to the problems are closest to the solution,” Jones said in a media release. “I look forward to reviewing this commission’s work to chart a course that restores the vitality of Black communities in our city after decades of disinvestment. We cannot succeed as a city if one half is allowed to fail.”

In California, a task force recently made headlines after estimating the total cost of a reparations package to black residents at roughly $569 billion. Under the plan, black California residents would receive $223,000 each. 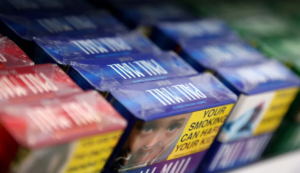