“I declined to answer the questions under the rights and privileges afforded to every citizen under the United States Constitution,” Trump said in a statement, per Reuters.

Court filings show that the AG’s office is investigating whether the Trump Organization misstated the value of certain assets on financial statements, loan applications, tax submissions or other documents. The investigation also includes whether anyone made “material misrepresentations” to secure favorable loan terms and insurance coverage and for tax and other economic benefits.

On the night before his hearing, Trump posted on his social media platform Truth Social, “In New York City tonight. Seeing racist N.Y.S. Attorney General tomorrow, for a continuation of the greatest Witch Hunt in U.S. history! My great company, and myself, are being attacked from all sides. Banana Republic!”

The Trump Organization has turned over nearly a million documents and roughly a dozen current and former employees have testified in the investigation.

Attorneys representing Trump have asserted that the entire investigation is politically motivated.

America's most corrupt AG won't even directly respond to our motions about her political targeting of my family because she knows her actions are indefensible.

This is nothing more than political retribution from her on behalf of the entire Dem Party.

“The New York Constitution, as interpreted by the Court of Appeals, and the CPL promulgated thereunder, created protections for subpoenaed witnesses that federal law does not provide,” a filing from the Trump legal team stated. “Under the New York Constitution and the Criminal Procedure Law (CPL), an agency conducting a criminal investigation through an active grand jury is required, if the witness is subpoenaed, to examine the subject or target of the investigation before the grand jury.”

The court filing also states that the AG’s “investigation and prosecution [is] based solely on political animus” and that “such selective prosecution violates the Equal Protection Clauses of the Federal and New York States Constitutions and requires that the subpoenas be quashed.”

James — a member of the Democratic Party who won her 2018 election to succeed appointed Attorney General Barbara Underwood — pledged to investigate the Trump family as part of her campaign.

The Trump Organization has denied any wrongdoing. 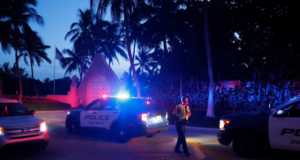