Don Lemon No Longer a Supporter of Jussie Smollett

'He had to make up too many lies,' the CNN host concluded

Don Lemon offered no reprieve to his former friend, Jussie Smollett, hours after his conviction for faking a hate crime.

“He had to make up too many lies as to why he didn’t want to do certain things,” the CNN host said. “To cover. Like another lie — and I guess he got caught up in that because he took the stand himself. He got angry with the prosecutor as the prosecutor poked holes in his story — calling the only other witnesses liars.”

As the CNN host covered Jussie Smollett‘s guilty verdict on his show Thursday night, he didn’t mention his own involvement in the affair.

More than 30 minutes into Don Lemon Tonight, the host dedicated a segment to the Chicago jury that found the former Empire actor guilty on five out of six counts of lying to police after prosecutors said he faked a racist and homophobic attack against himself in 2019.

In the minutes-long segment, Lemon spoke to legal analyst Joey Jackson about what Smollett’s sentencing may look like. Jackson implied that Smollett might well face actual jail time as a result of his conviction.

“If you come into a courtroom and you take the stand, which is your right, but you fabricate and you’re caught in those lies, I think a judge really is taken aback by that,” Jackson said. “I think that’s what he’s looking at. But I think when a judge looks at all those things — punishment, deterrence — you don’t want people acting this way. Hate crimes you made it up. People really have hate crimes. You left the issue of expending-of-resources. That’s a problem. You get on the stand and lie about it, I think the judge has to fashion a remedy appropriate not only to him, but to send a message to all others that you probably should not be doing this.”

Asked by Lemon if he expected Smollett to get prison time, Jackson said he did.

A significant detail that did not come up in the segment was Smollett testifying in court Monday that Lemon sent him a text message warning him that Chicago police doubted his story. According to Smollett’s testimony, this led to his resistance in handing over his phone records.

Smollett’s defense attorney said he plans to appeal the conviction.

Lemon didn’t mention the Smollett case at all during the second hour of  airtime Thursday night.

Lemon has not acknowledged this connection since Smollett revealed it under oath, and he and CNN have faced calls for some degree of accountability.

The CNN host did say in 2019 that he reached out to Smollett following reports of the attack because they were both black, gay, and had “fame.” He claimed he only inquired about Smollett’s well-being. 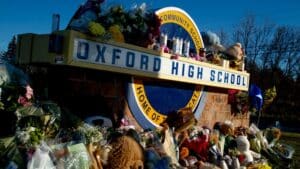