The Justice Department didn’t request a stay, so for now passengers do not need to wear a face covering

The U.S. Department of Justice (DOJ) on Tuesday filed an appeal in a bid to reverse a recent U.S. District Court order that ended the government’s mask mandate for public transportation.

The DOJ did not request the court stay the decision, meaning passengers will not be required to wear masks while the decision on the appeal is being litigated.

President Biden, on his first full day in office after being sworn in, signed an executive order directing federal agencies to require masking in or on airports, commercial aircraft, trains, public maritime vessels, intercity bus services, and all forms of public transportation as defined in section 5302 of title 49, United States code.

The issue was already politically charged, with support or rejection of compulsory masking tending to align with political ideology. Biden’s executive order was gasoline fueling an already raging fire, with flight attendants and other airline personnel managing escalating negativity and violence due to being the primary enforcers of the new policy.

Weeks before U.S. District Judge Kathryn Kimball Mizelle ruled to end the mandate, CEOs of top U.S. airlines sent a letter to President Biden urging him to rescind the compulsory masking policy for airlines, along with testing requirements for international travelers. After the mask mandate was struck down, unruly passenger incidents decreased by 57 percent.

“We supported the Centers for Disease Control and Prevention (CDC) as they made some of these policies federal mandates and imposed additional measures, like predeparture testing and vaccination requirements for international travelers, in an attempt to slow the introduction of variants into the United States,” the letter said. “However, much has changed since these measures were imposed and they no longer make sense in the current public health context.”

The Justice Department’s appellate filing stated,“None of the district court’s quarrels with the CDC order comes close to showing that the CDC has acted outside the ‘zone of reasonableness’” and that there was “ample support for the agency’s determination that there was good cause to make the order effective without delay.” 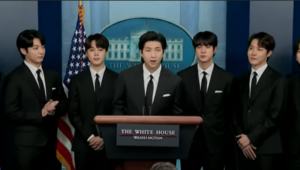