The U.S. Department of Justice (DOJ) announced on Nov. 7 it plans to monitor 64 jurisdictions in 24 states for compliance with federal voting rights laws.

DOJ election monitors will be from the Department’s Civil Rights Division, the DOJ’s 94 U.S. Attorney’s offices, and the Office of Personnel Management. The Civil Rights Division has monitored elections since the Voting Rights Act of 1965 was passed, seeing to protect access to the ballot for all Americans, the DOJ said in a statement.

“The Civil Rights Division’s Voting Section enforces the civil provisions of federal statutes that protect the right to vote, including the Voting Rights Act, the Uniformed and Overseas Citizens Absentee Voting Act, the National Voter Registration Act, the Help America Vote Act and the Civil Rights Acts,” according to the DOJ statement.

A week before the midterms, multiple complaints of alleged voter intimidation were sent to the DOJ by Arizona Secretary of State Katie Hobbs, after armed local residents were spotted monitoring absentee ballot drop boxes.

“Voter intimidation is illegal, and no voter should feel threatened or intimidated when trying to vote. Anyone attempting to interfere with that right should be reported,” Hobbs’ office said in a statement following the DOJ referral. “Voter harassment may include gathering around ballot drop boxes questioning voters, brandishing weapons, taking pictures of people voting and following or chasing voters who are attempting to drop off their ballots, and it can all be considered voter intimidation. It is unacceptable.”

According to ABC News, five recorded complaints included instances of individuals loitering near drop boxes, filming and photographing voters returning ballots, and taking photos of the license plates of people who had just dropped off their ballots.

The DOJ says that on Election Day, staff from the Civil Rights Division will be available to field complaints from the public regarding possible violations of election law. 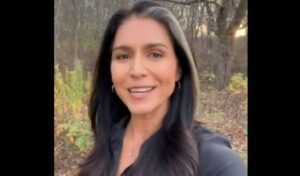