The Department of Justice has filed a lawsuit against the state of Arizona for constructing a makeshift border wall out of shipping containers.

Arizona Governor Doug Ducey issued an Executive Order in August directing the Arizona Department of Emergency and Military Affairs to immediately fill the gaps in the Yuma border wall.

“Arizona has had enough,” said Governor Ducey in a statement at the time of the order signing. “We can’t wait any longer. The Biden administration’s lack of urgency on border security is a dereliction of duty. For the last two years, Arizona has made every attempt to work with Washington to address the crisis on our border. Time and time again we’ve stepped in to clean up their mess. Arizonans can’t wait any longer for the federal government to deliver on their delayed promises.”

The governor’s order came days after the Biden administration lifted the Remain in Mexico policy.

“Our border communities are being used as the entryway to the United States, overwhelming law enforcement, hospitals, nonprofits and residents,” Governor Ducey’s statement continued. “It’s our responsibility to protect our citizens and law enforcement from this unprecedented crisis. With the resources and manpower in the right places, our Border Patrol and law enforcement will be better equipped to do their jobs well and prevent cartels from exploiting our communities. That’s exactly what our barrier mission will do.”

The federal agency is seeking damages to cover the “expenses incurred by the United States in removing Arizona’s containers and associated materials and in remediating the sites to their prior condition” and declarations that the state violated the law and the US Constitution by creating its own border wall.

The DOJ and U.S. Forest Service previously told the state that they were trespassing by placing the shipping containers, to which Gov. Ducey responded with his own lawsuit filed in October.

The gov filled gaps in the Yuma wall in Aug.

This as Gov @dougducey is suing the federal government over land rights. pic.twitter.com/31foPgcdJr

The governor’s lawsuit argues that “Governor Ducey took action to defend the State of Arizona and its citizens, under the inherent authority of the U.S. Constitution and his authority as Governor of Arizona, by directing that the gaps in the border wall be filled. Following that direction and subsequent action to secure Arizona’s border and protect its citizens, the federal government has asserted that Arizona and Governor Ducey do not have the authority to take these protective actions. Thus, Governor Ducey files this lawsuit for the Court to determine important questions of law regarding jurisdiction over land within the State of Arizona and a state’s interests in protecting itself.”

The border was fortified using 60 double-stacked shipping containers reinforced with concertina wire at the top — reaching about 22 feet high.

OVERNIGHT : Hundreds of migrants walking around the border wall and Govenor Doucey’s shipping containers in Yuma and entering through the Cocopah reservation and into the US illegally. So far it seems the containers have done very little to slow down these large groups pic.twitter.com/4JRGpGuoYx

The thousand-foot-long gap in the border wall in Yuma saw 235,230 migrant encounters from October 2021 to June 2022 – which the governor’s office called “an ominous acceleration for the sector, which already experienced the highest yearly increase among all sectors in fiscal year 2021.” 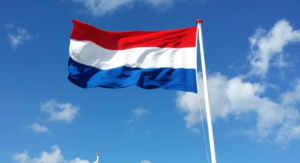