Funding for the program comes from the bipartisan infrastructure bill

The United States Department of Energy (DOE) has announced the funding of two programs that will advance carbon capture demonstration projects and expand pipeline networks to transport carbon dioxide (CO2) for geologic storage or conversion into usable materials.

The programs are to advance Biden’s goal of net-zero greenhouse gas emissions by 2050.

“To meet President Biden’s climate goals, we have to rapidly decarbonize our power generation and heavy industries – such as steel production – that are essential to the clean energy transition,” U.S. Secretary of Energy Jennifer M. Granholm said in a statement. “The Bipartisan Infrastructure Law enables DOE to invest in carbon capture, conversion and storage technologies that play essential roles in the development and deployment of clean energy.”

According to the DOE, the capture, transport, and permanent storage of CO2 emissions will help mitigate the impact of climate change.

In two carbon capture facilities that are being constructed in Iceland, large fans are used to draw in air, which passes through filters that capture the CO2. Then, the carbon dioxide is dissolved in hot water and injected into underground rocks where it turns into stone within two years.

Both sites are powered by geothermal energy.

The U.S. facilities will be similar and their development under this program must go through several approval phases to demonstrate that the technology works and that the methods used to transport the carbon dioxide for storage meet safety guidelines.

In the first phase, front-end engineering design studies will be completed. Phases 2-4 will include more detailed designs, along with construction and operation of six facilities using the carbon capture and storage systems. The technology will be required to meet specific goals and demonstrate a minimum of 95 percent carbon capture efficiency.

The DOE is working with the U.S. Department of Transportation’s Pipeline and Hazardous Materials Safety Administration to incorporate their safety guidance in the design and deployment of the CO2 storage pipelines. 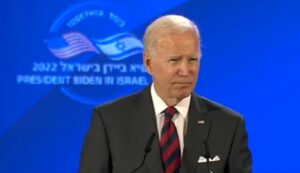