President Joe Biden admitted that he was “given a list” of approved reporters to call on for questions during his joint press conference with Prime Minister Yair Lapid in Israel on Thursday.

Biden was asked a question by an Israeli reporter and when it came time to call on someone else, he replied, “um, sure. Uh, I was given a list here.”

The president then called on Reuters reporter Steve Holland.

Joe Biden says his staff gave him a “list” of pre-approved reporters to call on pic.twitter.com/Y8nlKCdIkv

Biden continued to refer to the list throughout the press conference.

“The next person to ask us a question, I guess, is Nadia [Bilbassy],” Biden said after referring to the list once again.

Biden has previously acknowledged being told which reporters to call on, notably during the Russia-U.S. Summit in Geneva last year. During the event, he said that he would be calling on reporters that he was told to, “as usual.”

The president was also caught with a list of reporters following the G20 Summit in Rome in November, 2021.

During a press conference in Madrid following the NATO Summit in June, Biden also asserted that he was “told” to call on Darlene Superville from the Associated Press.

Even in Spain, Biden has a prepared list of reporters. pic.twitter.com/Knt5xCnNaL

The latest gaffe comes one day after he landed in Israel for the first leg of his Middle East trip and called on people to “honor the Holocaust.”

“Later today, I will once more return to the hallowed ground of … Yad Vashem to honor the 6 million Jewish lives that were stolen in a genocide and continue — which we must do every, every day — continue to bear witness, to keep alive the truth and honor of the Holocaust — horror of the Holocaust — honor those we lost, so that we never, ever forget that lesson, you know, and to continue our shared, unending work to fight the poison of anti-Semitism wherever it raises its ugly head,” Biden said.

Following the Israel trip, Biden will travel to the West Bank, and then Saudi Arabia.

Editor’s Note: The term “Pre-Approved” has been removed from the title of the original post. 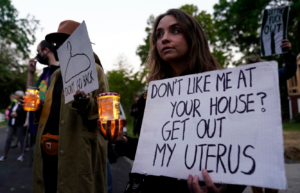