Two physicians have filed a civil rights lawsuit challenging a rule that would give increased Medicare compensation for doctors that implement an “anti-racism” plan at their practice.

The lawsuit names Xavier Becerra, the Secretary of Health and Human Services (HHS) and Chiquita Brooks-Lasure, the Centers for Medicare and Medicaid Services (CMS) Administrator.

The plaintiffs include Missippi Dr. Amber Colville and Kentucky Dr. Ralph Alvarado. Mississippi, Alabama, Arkansas, Arizona, Kentucky, Louisiana, Missouri, and Montana have all joined the suit. The legal effort is supported by Do No Harm, a nonprofit that advocates for medical fairness and the adoption of “radical, divisive, and discriminatory ideology” in healthcare.

The parties argue that the HHS and CMS rule prompts doctors to consider race as a primary factor when determining a patient’s medical treatments. The physicians say this is in violation of the Medicare Access and CHIP Reauthorization Act of 2015.

In December, the two departments released the rules for Medicare’s Merit-Based Incentive Payment System and stated race was “a political and social construct, not a physiological one.”

“It is important to acknowledge systemic racism as a root cause for differences in health outcomes between socially-defined racial groups,” read the rules, which became effective on Jan. 1.

Doctors were told to avoid “retraumatizing” or “triggering” patients whose ancestors had been traumatized. The rules gave the genocide of Native American tribes as an example.

“This is another example of a discriminatory and illegal policy advocated by the likes of Ibram X. Kendi being imposed on our health care system,” said Dr. Stanley Goldfarb, the Do No Harm chairman, in a press release. “These ‘anti-racism plans’ erode trust in medical professionals and will undermine the health and wellbeing of all patients.”

“What they’re asking me to do is to start asking first, ‘What race are you?’ Or, you know, ‘What ethnic background?’ and drive my care based off of that first, which is contrary to the oath I took as a doctor,’ Alvarado said in a statement to Fox News Digital. “I don’t want to think about my patient’s race first and foremost.”

The lawsuit was filed in the United States District Court for the Southern District of Mississippi Gulfport Division. 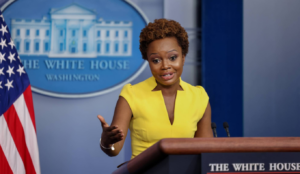