DNA Sent To Ancestry Sites Could Be Used For Targeted Bioweapons

A member of the United States House Intelligence Committee has warned that DNA samples from the saliva you send to ancestry sites can be used to create bioweapons designed to target you specifically.

“I think one of the things we’re talking about here is that there are now weapons under development and developed … that are designed to target specific people,” Rep. Jason Crow told the Aspen Security Forum.

“That’s what this is, where you can actually take someone’s DNA, take their medical profile and you can target a biological weapon that will kill that person or take them off the battlefield or make them inoperable,” he warned.

Fears over targeted bioweapons are not unfounded.

David Asher, who led the U.S. State Department investigations into the origins of COVID-19, said last summer that China has already laid out a road map for bioweapons targeting specific races.

“It wasn’t clear from their declaration whether this was for potential offensive use of synthetic biology and other techniques … but it certainly appears to lay out what they felt were going to be the drivers of a more potent offense in the future decade related to biotechnology,” Asher said. “This is probably the most disturbing thing to note that there could be a type of population-targeting or ethnic targeting using biology, according to the Chinese.”

The Aspen Security Forum is an annual event sponsored by the Aspen Institute, where government officials, business executives, academics, and journalists convene to discuss solutions to national security and foreign policy challenges.

Crow noted that conversations about targeted biological weapons cannot take place without determining how to protect commercial data. One of the challenges, he said, was that the expectations of privacy have been eroded over the last two decades.

“Young folks actually have very little expectation of privacy. That’s what the polling and the data show,” he explained. “And, people will very rapidly spit into a cup and send it into 23andme, and get really interesting data about their background and guess what — their DNA is now owned by a private company.”

23andme is one of a number of genealogy services that analyzes DNA samples to provide customers information about their health and ancestry. Other sites that offer similar services are MyHeritage, Ancestry.com, Vitagene, and TellmeGen.

These companies advertise that they will test for connections in thousands of regions around the world, help an individual discover relatives (living or deceased), trace where your ancestors lived, all with an accuracy of within 1 percent. They can also determine if you’re predisposed to certain diseases or health conditions.

As of 2019, more than 26 million people had taken an at-home ancestry test and had their DNA assessed by commercial databases, according to MIT. Their researchers estimated that if that pace continued, by 2021, the databases could hold the genetic makeup of more than 100 million people. 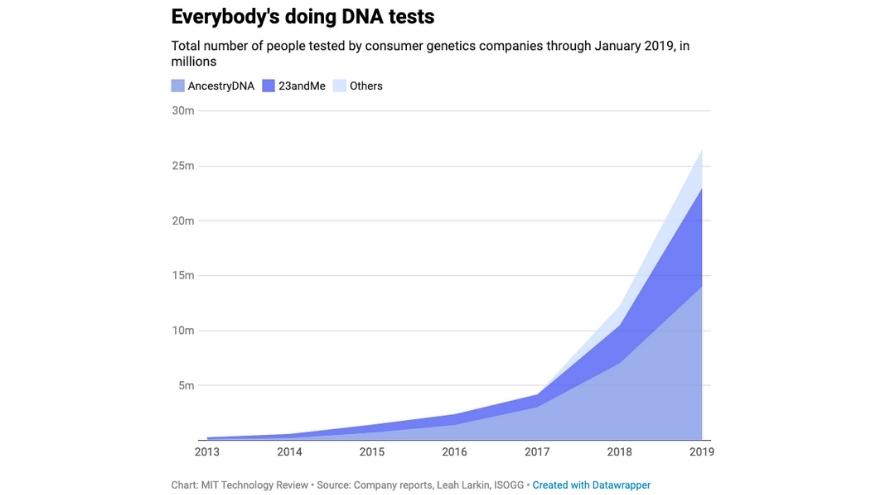 Crow cautioned that a person’s DNA can be sold off with very little intellectual property or privacy protection.

“We don’t have legal and regulatory regimes that deal with that. So, we have to have an open and public discussion,” he said. “And this is gonna have to be a political discussion about what does the protection of healthcare information, DNA information, and your data look like because that data is actually gonna be procured and collected by our adversaries for the development of these systems.” 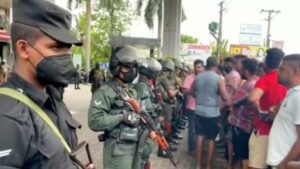