Gas Rationing is Being Enforced By Armed Soldiers

The government of Sri Lanka is enforcing fuel quotas with a QR code that is tied to the country’s national digital ID program.

To access a gas pump, Sri Lankans must now apply for an assigned to QR code, which will only be issued if the applicant is in compliance with the country’s fuel quota policies.

The quotas are being enforced by soldiers armed with what appear to be AK-47 rifles.

Army in fuel stations in Sri Lanka after the govt. decision to ban the sale of petrol and diesel to non-essential vehicles.
Source: https://t.co/ncfpTnnShm pic.twitter.com/JW77zalE17

Kanchana Wijesekera, the country’s Minister of Power and Energy, posted a press release stating that strict enforcement will commence on Aug. 1.

Sri Lanka requires citizens to have a fuel pass with a QR code to ration the weekly amount of fuel. Coming soon to Europe. pic.twitter.com/HVwzMlr0uT

Motor vehicles like cars and trucks aren’t the only types of machinery that will require a QR code to fuel.

Media Statement From the Ministry of Power & Energy #NationalFuelPass pic.twitter.com/iu6g6Gwsbo

Sri Lanka — which has been plagued by severe economic woes — has struggled to pay for fuel imports. This spring, officials were forced to cut power for as long as four hours per day because power generating stations did not have enough fuel.

In May, authorities closed schools and told public officials not to come to work because of the fuel shortage. A month later — with long lines at gas stations, protests, violence, and skirmishes with police becoming commonplace — Sri Lankan soldiers opened fire in multiple situations where mobs formed around gas stations.

“The military fired warning shots to douse a tense situation at a filling station in the Meegahathenna area in Kalutara yesterday, the police said,” the Daily Mirror reported. “Tension erupted after a person tried to break a petrol line. The military personnel on duty opened fire into the air to disperse the crowd.”

At least ten people have died waiting in line waiting for fuel since March.

Video footage from the battered nation show hordes of people breaking their way through police barricades to protest fuel shortages and economic catastrophe that has befallen the island nation.

On July 11, a massive wave of protestors stormed the residence of then-President Gotabaya Rajapaksa forcing him to flee aboard a ship. The country’s 26-member cabinet resigned that evening.

Less than two weeks later, Ranil Wickremesinghe was voted in as president.

“I would like to bring everyone together so that a national consensus is formed as to the way forward,” Wickremesinghe told reporters. “I am not a friend of the Rajapaksas. I am a friend of the people.”

Wickremesinghe, the new head of Sri Lanka, has been looked at with scrutiny over his membership in the World Economic Forum (WEF). In 2016, he published an article on the WEF’s website highlighting the role his country would play in the transition away from fossil fuels. 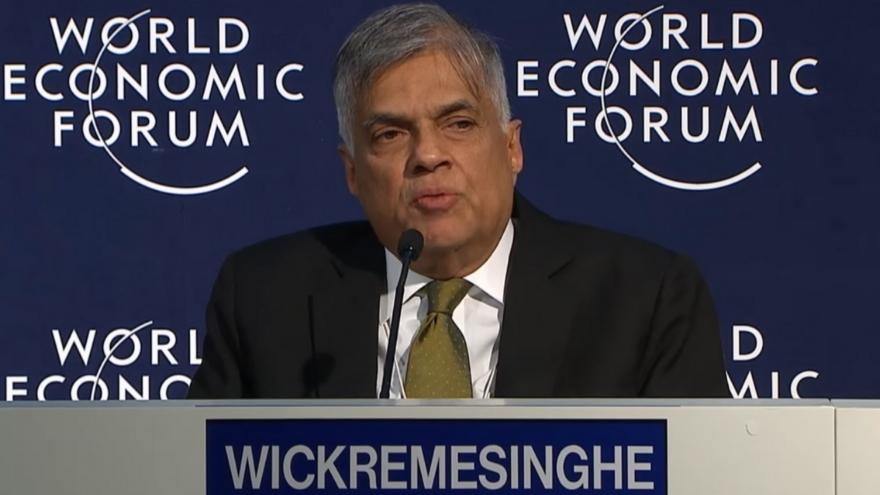 “In the wake of the Paris Climate Conference, I would like to point out that Sri Lanka is committed to achieving 20% renewable energy usage by 2030, over and above the current 35% of hydropower,” he wrote. “Environmental sustainability is central to the country’s development plans. At the same time, Sri Lanka is ready to be a constructive partner in global climate negotiations.”

Sri Lanka is one of multiple countries that has seen blame for its economic destruction directly tied to radical environmental policy and a hasty shift away from fossil fuels toward a green economy.

In a series of posts on Twitter, Wickremesinghe predicted that his beleaguered country would face the the most difficult months of its citizens’ lives, which he called an “unpleasant and terrifying” reality.

1. The next couple of months will be the most difficult ones of our lives. I have no desire to hide the truth and to lie to the public. Although these facts are unpleasant and terrifying, this is the true situation. #SriLankaEconomicCrisis

He predicted 15-hour-per-day power outages, severe shortages of medicine and surgical equipment, and tied his country’s survival to foreign assistance.

Because of the severe shortage of foreign exchange, Sri Lanka will be restricting fuel imports for the next year.

“We are working collectively with the government to reduce the pain and our priority is to supply to industries,” Manoj Gupta, managing director of Lanka IOC, the country’s second largest fuel retailer, told Reuters.

Sri Lanka is currently in discussions with the International MonetaryFund (IMF) about a $3 billion bailout package while it awaits assistance from other nations. 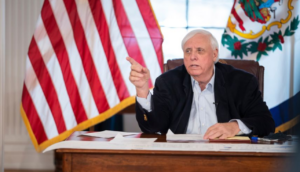