Several major universities have a larger diversity department than history department, according to new research.

The Heritage Foundation published a report this week observing that over-staffed diversity, equity, and inclusion departments outsize traditional academic programs without any clear benefit for students.

Based on staffing at 65 major universities, Heritage reports that “high DEI staffing levels suggest that these programs are bloated relative to academic pursuits and do not contribute to reported student well-being on campus.”

The researchers found each university has about 45 staff members formally associated with DEI efforts. Their web research excluded volunteer positions.

DEI staff is typically 4.2 times the number of staff who aid students in need of reasonable disabilities accommodations, as required by law, and is “1.4 times larger than the number of professors in these universities’ corresponding history departments.”

In fact, Baylor University has three times as many history professors as DEI staff.

The study also found that “based on a review of climate surveys administered to students at many of these same universities, the size of the DEI bureaucracy bears little relationship to students’ satisfaction with their college experience, in general—or with their diversity experience, in particular.”

In 2019, a poll from The Daily Caller asked 3001 college students about the impact of DEI offices on their experience. About 19% reported being aware of a diversity administrator and believing this administrator has positively impacted their college experience. By contrast, 67% of students who were aware of their school’s diversity office said the office had no impact or a negative impact on them.

Universities spend millions of dollars annually to support their DEI officers and staff. Columbia has spent $185 million on diversity efforts since 2005. The University of Michigan invested $85 million in diversity efforts, including building a new multicultural student center.

Ultimately, the authors of the study, Jay Greene and James Paul, suggested that “state legislators and donors who fund these institutions may wish to examine DEI efforts more closely to ensure that university resources are used effectively.” 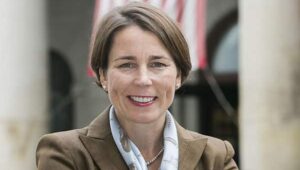