'DISINFORMATION AND LIES': Trump Responds To Critics Suggesting He Proposed 'Terminating' The Constitution

'What I Said Was That When There Is 'MASSIVE & WIDESPREAD FRAUD & DECEPTION,' ... Steps Must Be Immediately Taken To RIGHT THE WRONG'

Trump said critics, who suggested the former President wanted to “terminate” the constitution, were spreading “disinformation [and] lies” similar to previous claims of Russian election interference.

“The Fake News is actually trying to convince the American People that I said I wanted to ‘terminate’ the Constitution,” former President Trump wrote. “This is simply more DISINFORMATION & LIES, just like RUSSIA, RUSSIA, RUSSIA, and all of their other HOAXES & SCAMS. What I said was that when there is ‘MASSIVE & WIDESPREAD FRAUD & DECEPTION,’ as has been irrefutably proven in the 2020 Presidential Election, steps must be immediately taken to RIGHT THE WRONG.”

“Only FOOLS would disagree with that and accept STOLEN ELECTIONS. MAGA!”

Trump says, on truth social, that he DID not say to terminate the constitution. He said that the election was stolen and we need to right our wrongs. pic.twitter.com/5L2I1roVqA

“SIMPLY PUT, IF AN ELECTION IS IRREFUTABLY FRAUDULENT, IT SHOULD GO TO THE RIGHTFUL WINNER OR, AT A MINIMUM, BE REDONE. WHERE OPEN AND BLATANT FRAUD IS INVOLVED, THERE SHOULD BE NO TIME LIMIT FOR CHANGE!” Trump followed up.

The former President initially responded to journalist Matt Taibbi’s report by reiterating the late October revelation from the Intercept which revealed the Department of Homeland Security (DHS) reportedly colluded with tech and social media platforms to influence public opinion.

“This is big ‘stuff.’ DO SOMETHING as our Country Melts!!!” Trump said.

“I am glad that everyone is now seeing the light on what I have been saying loud and clear for the last two years, that the 2020 Presidential Election was rigged and stolen by a combination of Democrats, Big Tech, ‘law enforcement,’ and other bad actors,” Trump wrote. “Sadly, we have become a corrupt Country, perhaps one of the most corrupt anywhere in the world. We MUST right this horrible wrong, and take our Country back!”

“Wow! That’s a really big story about Twitter and various forms of government Fraud including, specifically, Election Fraud,” Trump wrote Friday evening as Taibbi’s report developed. “The same level of Fraud took place with the other Big Tech companies, if not even worse (if that’s possible?). We are living in a VERY CORRUPT COUNTRY &, AS THEY ARE SAYING ALL OVER THE INTERNET, ‘NOTHING WILL BE DONE ABOUT IT BECAUSE THE JUSTICE DEPARTMENT & FBI ARE TOTALLY CORRUPT.’ But they’ll keep investigating ‘boxes’ that were legally & openly taken from the W.H.”

“So, with the revelation of MASSIVE & WIDESPREAD FRAUD & DECEPTION in working closely with Big Tech Companies, the DNC, & the Democrat Party, do you throw the Presidential Election Results of 2020 OUT and declare the RIGHTFUL WINNER, or do you have a NEW ELECTION? A Massive Fraud of this type and magnitude allows for the termination of all rules, regulations, and articles, even those found in the Constitution. Our great ‘Founders’ did not want, and would not condone, False & Fraudulent Elections!”

Trump just threatened to "terminate" the constitution. Send a military detachment to Mar-a-Lago, seize him, detain him in a stockade or brig, and try him in a military court.

This is an open attempt at a Revolution to overthrow the government. pic.twitter.com/0mh5WZa0wm

Taibbi said more information about Twitter’s content moderation and censorship practices would be revealed, including concerns over “shadow-banning, boosting, follower counts, the fate of various individual accounts, and more.”

Musk originally announced “Episode 2” of the Twitter Files shortly after Taibbi’s Friday report. On Saturday, Musk delayed the second report saying, “we will need another day or so.” 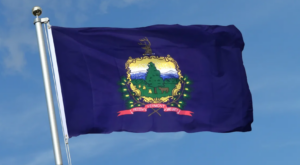 Vermont Permits State-Tuition Assistance to Be Used for Religious Schools