Taliban Invasion of Kabul Preceded by Empty Threat of US Airstrikes: Report

The top U.S. general in Afghanistan reportedly warned the Taliban to stay out of Kabul or face U.S. airstrikes. The Taliban conquered the city the following day, but the airstrikes never happened.

“Gen. Frank McKenzie, the head of U.S. Central Command, sat across from Taliban leader Abdul Ghani Baradar and showed him a map with a circle around Kabul, about 20 to 30 kilometers (12.4 to 18.6 miles) outside the city,” NBC News reported. “McKenzie told Baradar that Taliban fighters had to stay outside the circle or the United States would strike them. McKenzie explained the U.S. would finish its withdrawal as soon as possible and the Taliban must not interfere, three senior defense officials told NBC News.”

“The Taliban representatives agreed not to interfere, but pointed out they already had fighters inside the circle in some places, and those fighters would not leave,” NBC News continued. “McKenzie explained his mission was the safe withdrawal of Americans and allies. The Taliban leaders agreed to let Americans leave and offered to provide a liaison for security around the airport.”

“The next day, Taliban fighters rolled into Kabul, and no U.S. warplanes bombed the insurgents, the three senior defense officials said,” the outlet noted.

The incident underlines the chaos surrounding the Biden administration’s disastrous withdrawal from Afghanistan after President Biden ignored the advice of top U.S. generals suggesting the United States maintain a small peacekeeping force in the country.

“I won’t share my personal recommendation to the president, but I will give you my honest opinion,” Gen. McKenzie said to Sen. James Inhofe (R-OK), the ranking member on the Senate Armed Services Committee, on Tuesday. “And my honest opinion and view shaped my recommendation. I recommended that we maintain 2,500 troops in Afghanistan, and I also recommended earlier in the fall of 2020 that we maintain 4,500 at that time. Those are my personal views. I also [had] a view that the withdrawal of those forces would lead inevitably to the collapse of the Afghan military forces and eventually the Afghan government.”

Gen. Mark Milley, Chairman of the Joint Chiefs of Staff, said that he agreed and that he had been making the same recommendation since last fall.

“My assessment was, back in the fall of ’20, and it remained consistent throughout, that we should keep a steady state of 2,500 [troops],” Milley said.

The Generals’ testimonies come in direct conflict with a claim made by Biden in an August interview with ABC News’ George Stephanopoulos.

“Your top military advisers warned against withdrawing on this timeline. They wanted you to keep about 2,500 troops,” Stephanopoulos said at the time. 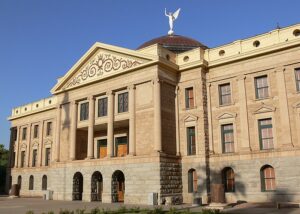