The Florida Governor soared to victory against Democrat Charlie Crist, leading his opponent by nearly 20 points and winning 59.5% of the vote. DeSantis’ victory suggests a rightward shift for a state traditionally viewed as the nation’s largest swing state after winning Miami-Dade County, a traditionally Democratic stronghold, by 55.35%. Former President Donald Trump previously lost Miami-Dade county with 45.98% in the 2020 Presidential election.

“We have embraced freedom. We have maintained law and order,” DeSantis said in his victory speech. “We have protected the rights of parents. We have respected our taxpayers, and we reject woke ideology. … We will never ever surrender to the woke mob. Florida is where woke goes to die!”

News Nation called the Texas Gubernatorial race for Abbott with 55.4% of the vote, defeating Democratic opponent Beto O’Rourke. Abbott has served as Governor of Texas since 2015 and will serve a third term in January 2023. O’Rourke, a former Texas congressman, ran on abortion access and further criticized Abbott over the May shooting at Robb Elementary School in Uvalde.

DESANTIS: "We will never ever surrender to the woke mob! Florida is where woke goes to die!" pic.twitter.com/hgnEAyOqj7

Both incumbent Governors were largely expected to secure a second term with the Texas candidates polling closest, according to Real Clear Politics. Results, however, may point towards a larger political shift ahead of the 2024 Presidential election.

DeSantis, who is heavily speculated as a Republican frontrunner for the 2024 Presidential election, was criticized for lifting COVID-19 mandates before any other state that employed lockdown measures in late September 2020. Over the summer, California Governor Gavin Newsom directed a number of attacks toward the Florida Governor including the release of an ad in Florida television markets criticizing DeSantis. Last September, Newsom challenged DeSantis to a debate and subsequently sent a letter to United States Attorney General Merrick Garland suggesting the Florida Governor had participated in “kidnapping” as he sent illegal migrants to Martha’s Vineyard in Masachussetts.

Former Republican Crist previously served as Florida’s Governor from 2007 to 2011 though did not seek reelection. Crist sought a second gubernatorial term as a Democrat in 2014 before being defeated by Republican opponent Rick Scott.

In 2021, Abbott was heavily criticized after photos of border patrol officers on horseback attempting to control the state’s southern border went viral. Critics claimed the officer’s reigns used to control their horses were “whips” as out of context photos appeared to show officers assaulting illegal migrants. Abbott, similar to DeSantis, was criticized over his move to send illegal migrants to “sanctuary cities” including New York City, Washington D.C. and Chicago. The Florida and Texas Governors were further criticized for being some of the first states to drop COVID-19 mandates.

In 2018, O’Rourke ran for Texas Senate but lost to incumbent Republican Ted Cruz who secured a second term. O’Rourke sought higher office in the 2019 Democratic Presidential primary though dropped out in November due to lack of support. 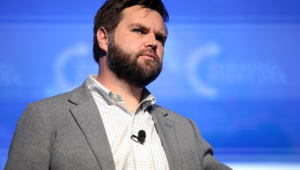