Dennis Prager Tests Positive for COVID-19, Says He Was Was Trying To Contract The Virus 'The Entire Time'

During his Oct. 18 broadcast, which was recorded in his home, he said he never needed to be hospitalized. Rather, he did “what a person should do if one is not going to get vaccinated.”

“I have received monoclonal antibodies, that’s Regeneron. I have, of course, for years — a year and a half, not years — been taking hydroxychloroquine from the beginning, with zinc. I’ve taken Z-Pak, azithromycin, as the Zelenko protocol would have it. I have taken ivermectin,” Prager said.

“The anti-malaria drug hydroxychloroquine has been officially discounted by the World Health Organisation (WHO) as a possible means of protecting people from contracting Covid-19,” per The Independent.

Ivermectin has been prescribed to other people who don’t wish to be vaccinated, including podcast host Joe Rogan. Even so, it is not recommended as a COVID-19 treatment by the Food and Drug Administration.

Dennis Prager announces he has COVID-19 while ranting against vaccines and declaring that he was trying to get infected
https://t.co/z12VuK3Wrw pic.twitter.com/0OP0Ge2aYi

Prager confirmed he is unvaccinated and wanted to gain “natural immunity” by contracting the disease.

“I have engaged with strangers, constantly hugging them, taking photos with them knowing that I was making myself very susceptible to getting COVID,” the 74-year-old radio host said. “Which is, indeed, as bizarre as it sounded, what I wanted, in the hope I would achieve natural immunity and be taken care of by therapeutics.”

Dr. Anthony Faucci discouraged people from this type of plan, arguing that vaccines offer “a virus-fighting power that people who’ve been infected but not vaccinated don’t get,” according to Business Insider.

“Vaccines are highly efficacious,” Fauci said on a White House call in May. “They are better than the traditional response you get from natural infection.”

Prager’s infection announcement comes days after he attended an event for the Republican candidate for governor of Colorado, Heidi Ganahl. The campaign told a local news station that they did not know Prager wanted to get infected. They added they’ve contacted those who attended the event and encouraged them to get tested for COVID.

Prager is known for his conservative views. His website notes he is the “founder of Prager University (PragerU) – the most viewed conservative video site in the world, with one billion views a year, more than half by people under the age of 35.”

Prager has been open about his opposition to the COVID-19 vaccine. He said in November of 2020 that he had no plans to get vaccinated. 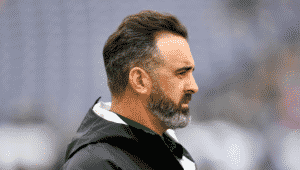